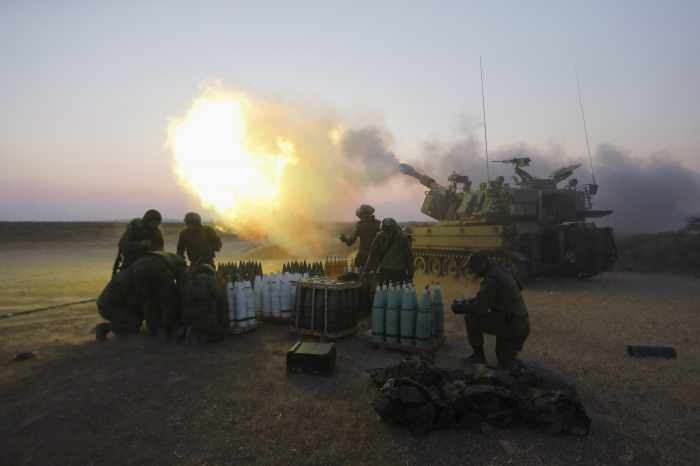 PHUKET: The Palestinian death toll in an Israeli offensive in the Gaza Strip jumped to more than 500 on Monday, as the United States, alarmed by escalating civilian bloodshed, took a direct role in efforts to secure a ceasefire.

Despite growing calls for a halt to two weeks of fighting, violence raged on, with Israel pounding the densely-populated coastal strip, killing 28 members of a single family in one strike and four people in an attack on a hospital, medics said.

Israel’s losses also mounted. Following the death of 13 soldiers on Sunday, Israel said seven more troops had died on Monday, including four killed when a group of militants tunnelled across the border from Gaza and fired at their jeep.

Israeli aircraft hit back swiftly, killing 10 of the infiltrators from the Islamist group Hamas, the army said.

A day after he was caught by an open microphone saying sarcastically that the Israeli assault was “a hell of a pinpoint operation”, U.S. Secretary of State John Kerry flew to Cairo to try to secure an end to hostilities.

Speaking in Washington, President Barack Obama said he was increasingly worried by the conflict.

“We have serious concerns about the rising number of Palestinian civilian deaths and the loss of Israeli lives, and that is why it now has to be our focus and the focus of the international community to bring about a ceasefire,” he told reporters at the White House.

The Islamist group Hamas, which inflicted the biggest single loss on Israeli forces in eight years when it killed 13 soldiers in Gaza on Sunday, said it would not lay down its arms until a series of demands were met – including an end to a blockade imposed on the territory by both Israel and Egypt.

“The world must understand that Gaza has decided to end the blockade by its blood and its heroism,” deputy Hamas leader Ismail Haniyeh said in a televised address.

At Al-Aqsa hospital in the central Gaza Strip, four people were killed and 70 wounded when an Israeli tank shell slammed into the third floor, housing operating theatres and an intensive care unit, the Health Ministry said.

The Israeli military, which has accused Hamas militants of firing rockets from the grounds of Gaza hospitals and seeking refuge there, had no immediate comment.

Non-stop attacks lifted the Palestinian death toll to 523, including almost 100 children, since fighting started on July 8, Gaza health officials said. Israel says 18 of its soldiers have also died along with two civilians.

Hamas announced late on Sunday it had captured an Israeli soldier in Gaza, displaying a photo ID card and serial number, but no image of the man in its hands. The Israeli army said it was still investigating the allegation.

The Hamas announcement set off rejoicing in the embattled Gaza Strip.

“This is not the time to talk of a ceasefire,” said Gilad Erdan, communications minister and a member of Israeli Prime Minister Benjamin Netanyahu’s inner security cabinet.

“We must complete the mission, and the mission cannot end until the threat of the tunnels is removed,” he told reporters.

Looking to take the fight onto Israeli soil, two groups of Palestinian fighters, dressed as Israeli soldiers, crossed from Gaza via a secret tunnel in the early morning, firing a rocket-propelled grenade at a military jeep.

“We paid a heavy price but we prevented a major attack on our communities,” said Major-General Sami Turgeman, Israel’s military commander in the south.

Black and white surveillance footage supplied by the army, showed one group of five or six men crouching and firing in long grass. Seconds later they were hit by a large explosion, which sent a cloud of smoke and debris flying into the air.

Fighters from Hamas, which controls Gaza, and its allies, have repeatedly tried to infiltrate Israel over the past week through a vast network of hidden tunnels, looking to attack villages and army encampments that dot the border area.

Netanyahu sent in Israeli ground forces on Thursday to destroy the tunnels and the militants’ missile stock pile.

“Our fighters want to prove that Gaza is a graveyard for the invaders and Gaza is unbreakable,” Haniyeh said on television.

Lerner told reporters that the main focus of fighting remained the Shejaia district, east of Gaza City, where some 72 Palestinians, many of them civilians, were killed on Sunday.

In its push into Shejaia, Israel suffered its worst losses in the offensive, with the 13 soldiers killed on Sunday marking the army’s heaviest one-day loss in battle since 2006.

The carnage energised world leaders to step up efforts to find a way out of the confrontation but a rift among Arab powers may complicate the quest for a truce.

Past conflicts between Israel and its foes in Gaza and Lebanon have usually ended when the United States, the Jewish state’s guardian ally, calls a halt, sometimes hastened by a strike that inflicts high civilian casualties on the Arab side.

Egypt presented a ceasefire plan last week. Israel accepted, but Hamas rejected it, saying it had not been consulted.

Egyptian officials told Reuters on Monday that Cairo might be willing to amend its truce initiative, and an Israeli official in Washington, who declined to be named, said he wanted Kerry to get Egypt to apply pressure on Hamas.

“The secretary has to try and strengthen the Egyptian proposal,” the official said. “I think Egypt has considerable amount of leverage with Hamas because they are the ones that have the chokehold” on the Gaza economy.

While Washington has called for calm, it has so far defended Israeli actions and has not pressured Netanyahu publicly.

The high death toll by Israeli standards appeared to cement a public mood of grim determination.

Many flags flew at half mast but no leading figures are calling into question the operation. “We need to continue to grit our teeth, to shut our ears, to ignore the background noise and to get the job done,” columnist Ben Caspit wrote in Ma’ariv.