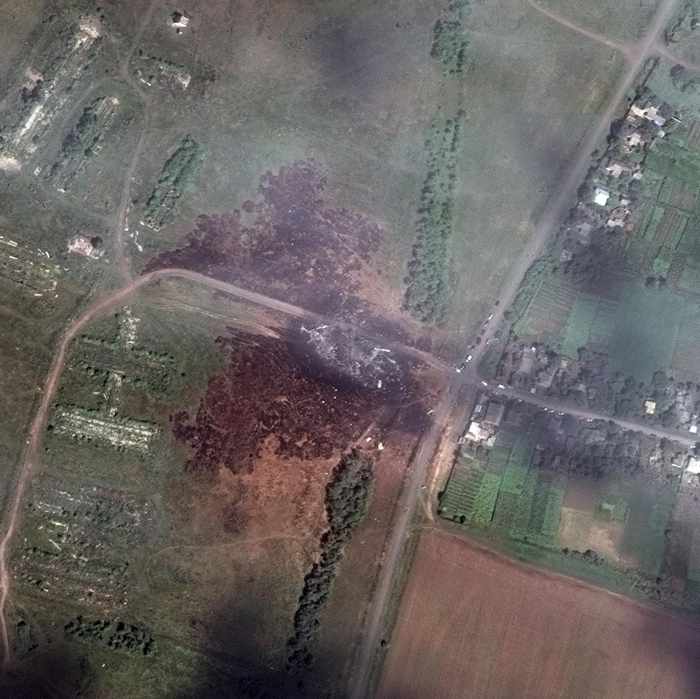 PHUKET: The remains of some of the nearly 300 victims of the Malaysia Airlines plane downed over Ukraine were making their way to the Netherlands on Tuesday as a senior Ukrainian separatist leader handed over the plane’s black boxes to Malaysian experts.

Dutch Prime Minister Mark Rutte told a news conference on Monday that a train carrying around 200 body bags was on its way to rebel-held Donetsk and then to Kharkiv, which is in Ukrainian government hands, from where the bodies would be taken back to the Netherlands to be identified.

The train left the crash site after the Malaysian prime minister reached agreement with the separatists for recovered bodies to be handed over to authorities in the Netherlands, where the largest number of victims came from. Early on Tuesday, senior separatist leader Aleksander Borodai handed over the black boxes in the city of Donetsk.

“Here they are, the black boxes,” Borodai told a room packed with journalists at the headquarters of his self-proclaimed Donetsk People’s Republic as an armed rebel placed the boxes on a desk.

Colonel Mohamed Sakri of the Malaysian National Security Council told the meeting the two black boxes were “in good condition”.

The handover of the bodies and black boxes, and reports by international investigators of improved access to the wreckage of the airliner four days after it was shot down, occurred against calls for broader sanctions against Russia for its support for the rebellion, although Western leaders are struggling to agree on a united response.

Shaken by the deaths of 298 people from across the world, Western governments have threatened Russia with stiffer penalties for what they say is its backing of pro-Russianmilitia who, their evidence suggests, shot the plane down. At the United Nations, the Security Council unanimously adopted a resolution demanding those responsible “be held to account and that all states cooperate fully with efforts toestablish accountability”. It also demanded that armed groups allow “safe, secure, full and unrestricted access” to the crash site.

“We owe it to the victims and their families to determine what happened and who was responsible,” said Australian Foreign Minister Julie Bishop, who traveled to New York to negotiate the U.N. resolution. Australia lost 28 citizens in the crash.

The Kremlin said in a statement late on Monday that Vladimir Putin spoke to Dutch Prime Minister Mark Rutte on the phone, with both giving a “high assessment of the resolution passed by the U.N. Security Council on the investigation into the catastrophe.”

Meanwhile, European Union foreign ministers were scheduled on Tuesday to discuss further penalties against Russia, but the most they are expected to do is to speed up implementation of sanctions against individuals, and possibly companies, agreed in principle last week before the plane was brought down.

But Western leaders struggled to come to a united response against Moscow. France came under pressure on Monday from Washington and London over plans to deliver a second helicopter carrier to Russia.

Diplomats say more serious sanctions against whole sectors of the Russian economy will depend largely on the line taken by the Dutch, because of the high number of Dutch victims. “It is clear that Russia must use her influence on the separatists to improve the situation on the ground,” the Dutch prime minister said.

“If in the coming days access to the disaster area remains inadequate, then all political, economic and financial options are on the table against those who are directly or indirectlyresponsible for that,” said Rutte.

‘WHAT ARE THEY TRYING TO HIDE?’

U.S. President Barack Obama said it was time for Russian President Vladimir Putin and Russia “to pivot away from the strategy that they’ve been taking and get serious abouttrying to resolve hostilities within Ukraine.”

He said Putin and Russia had a direct responsibility to compel separatists to cooperate with the investigation, and that the burden was on Moscow to insist that separatists stop tampering with the probe, he said. “What are they trying to hide?” Obama said at the White House.

U.S. Secretary of State John Kerry laid out on Sunday what he called overwhelming evidence of Russian complicity in the shooting down of the Malaysia Airlines plane, and expressed disgust at how the bodies of the victims had been treated at the crash site.

But Russia’s Defence Ministry challenged accusations that pro-Russian separatists were responsible for shooting down the airliner and said Ukrainian warplanes had flown close to it.

The ministry also rejected accusations that Russia had supplied the rebels with SA-11 Buk anti-aircraft missile systems – the weapon said by Kiev and the West to have downed the airliner – “or any other weapons”.

Putin said in a televised address that the downing of the airliner must not be used for political ends and urged separatists to allow international experts access to the crashsite.

European security monitors said gunmen stopped them inspecting the site when they arrived on Friday, and Ukrainian officials said separatists had tampered with vital evidence,allegations echoed by Obama.

But the spokesman for the European security monitors said they had unfettered access on Monday, and three members of a Dutch disaster victims identification team arrived at a railwaystation near the crash site and inspected the storage of thebodies in refrigerated rail cars. Peter van Vliet, whose team went through the wagons dressed in surgical masks and rubber gloves, said he was impressed by the work the recovery crews had done, given the heat and thescale of the crash site. “I think they did a hell of a job in a hell of a place,” he said.

As they went about their work, fighting flared in Donetsk, some 60 km (40 miles) from the site, in a reminder of the dangers the experts face operating in a war zone.

The government in Kiev denied sending the regular army into the centre of Donetsk, which pro-Russian separatists captured in April, but said small “self-organised” pro-Ukrainian groups werefighting the rebels in the city.

Four people were killed in clashes, health officials said. The rebels’ military commander Igor Strelkov said on his Facebook page up to 12 of his men died in Monday’s fighting.

Donetsk is at the heart of a rebel uprising against rule by Kiev, and Ukrainian President Petro Poroshenko has vowed to retake the city as part of what Kiev calls its “anti-terroristoperation” against the separatists.

Television images of the rebel-controlled crash site, where the remains of victims had lain decomposing in fields among their personal belongings, have turned initial shock and sorrowafter Thursday’s disaster into anger.

Australian Prime Minister Tony Abbott said an Australian investigation team was in Kiev but had been unable to travel to the site. He said there had been some improvement with the Ukrainian government offering access.

“But there’s still a hell of a long way to go before anyone could be satisfied with the way that site is being treated,”Abbott said. “It’s more like a garden cleanup than a forensic investigation. This is completely unacceptable.”