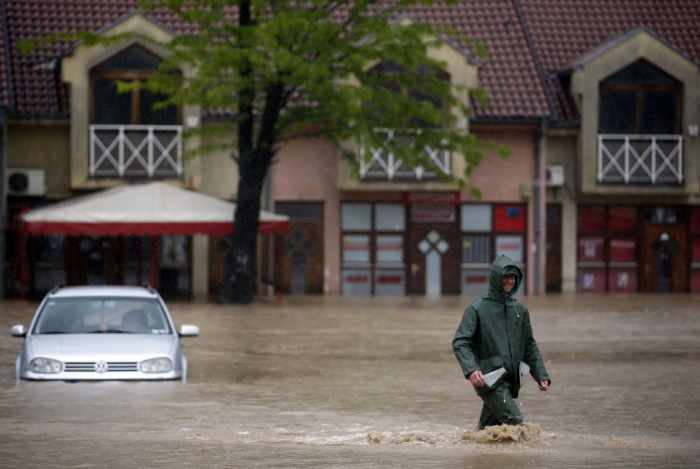 PHUKET: Floods in Bosnia last month have unearthed a secret mass grave containing corpses with hands tied behind their backs, apparently Muslim Bosniak victims of the country’s 1992-1995 war, an official said on Tuesday.

“We unearthed four complete bodies whose hands were tied behind their backs and two incomplete bodies today,” said Lejla Cengic, spokeswoman of the government’s Institute for Missing Persons, adding that exhumations will continue.

Forensic experts are combing the banks of the Bosna river for another six victims still missing from a group of 16 killed by Bosnian Serb forces nearby, Cengic said. Four other victims from the group were found nearby during earlier exhumations.

Devastating floods across Bosnia, Serbia and Croatia last month struck particularly hard in the central and northern parts of impoverished Bosnia, submerging completely the central towns of Doboj and Maglaj and northern towns of Samac and Orasje.

“We assume the victims are Bosniaks from the nearby village Jablanica, the men aged from 19 to 57,” Cengic said as bulldozers removed mud from the river bank and forensic experts cleared garbage and branches from the site.

Electricity workers repairing power lines on the outskirts of the town found some victims’ remains after flood waters that reached up to three metres high in Doboj receded.

Some 35,000 people went missing in Bosnia during the war. About 8,000 are still unaccounted for while 1,000 have been found but not identified yet, Cengic said.

Doboj is located on the border demarcating Bosnia’s two autonomous regions established after the war, the Serb Republic and the Federation dominated by Bosniaks and Croats.