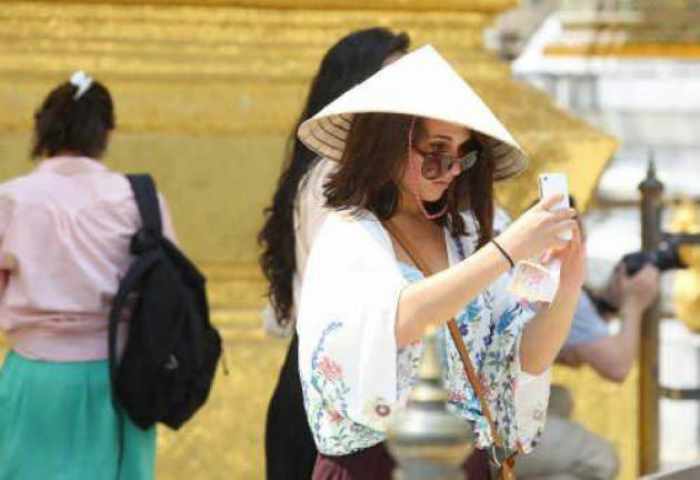 PHUKET: Consumer confidence last month improved for the first time in 14 months and to the highest level in four months on anticipation of cool-headed politics after the military stepped in pull the country out of a year-long recession due to the domestic conflict.

“The public realises that the political crisis has passed and the economy is recovering. Spending may continue to rise in the third quarter and beyond,” Thanavath Phonvichai, director of the Economic and Business Forecasting Centre at the University of the Thai Chamber of Commerce, said yesterday.

The university’s index-measuring sentiment advanced to 70.7 in May from 67.8 in April. The index tracked a nationwide survey of 2,251 respondents.

The recent improvement in the political outlook helped boost confidence, so the economy has a good chance of achieving growth of 2-3 per cent this year.

The National Council for Peace and Order’s measures to stimulate the economy through many projects, as well as the acceleration of Bt90 billion in payments to farmers for their pledged rice will help buoy consumer confidence and spending.

The NCPO’s economic enhancement packages will help add 1-1.5 percentage points to GDP growth this year as Bt200 billion-Bt300 billion is injected into the economy.

Isara Vongkusolkit, chairman of the Board of Trade of Thailand and the Thai Chamber of Commerce, said rosier consumer confidence was cheering up businesses.

“With higher consumer purchasing power, businesses will have more confidence to expand and invest,” he said.

To raise confidence among foreign companies and investors in the country after the coup, the chamber will host the “Get Together with International Friends 2014,” roundtable on Tuesday at the Four Season Hotel.

Ambassadors, consuls and foreign investors from various foreign chambers of commerce would be invited to discuss how to raise their confidence and increase their understanding of Thailand’s politics and economic fundamentals.

The chamber has also prepared a strategy for sustainable economic development for the consideration of the military brass. Plans include reforming agriculture by demarcating zones for cash crops, bridging the income gap and promoting trans-border trading.

The chamber also called on agencies to eliminate barriers to trade and investment in the country.

Saowanee Thairungroj, president of the university, said the auto, housing and tourism industries as well as small and medium-sized investors would enjoy better growth this year, thanks to recovering consumer confidence.

Consumer confidence in the future climbed from 72.3 in April to 75.8 points last month, in future employment opportunities from 61.9 to 64.2 points and in future income from 83.8 to 87.1 points.

Confidence in the political situation also rose for the first time in 14 months, and touched its highest level in eight months since last October. It jumped from 37.3 points in April to 59.6 points in May.

The gross domestic happiness index also took a big step up from 61.2 points in April to 71 points last month.

According to National Broadcasting and Telecommu-nications Commission (NBTC) secretary general Takorn Tantasit, that leaves only 98 satellite TV channel operators waiting for approval from the NBTC and the National Council for Peace and Order (NCPO) to resume operations.

Their broadcasting future depends on whether they change their content from a heavy focus on provocative political issues and advertising with exaggerated claims of product quality, he said.

Meanwhile, 13 satellite TV channels and the digital Voice TV channel remain banned from May 22 by an NCPO order.

“They will be allowed to resume their operations when the situation in Thailand gets better – and if they change their programme content to focus on non-political issues,” Colonel Pirat Banjongkhian, director of the military technology centre of the Royal Thai Army headquarters, said.

He said the NCPO would not take into consideration the ownership of Voice TV when deciding whether to allow it to resume operating.

Voice TV is owned by the Shinawatra family.

Yesterday, the NBTC and Pirat – as a representative of the NCPO – held a press conference on the status of all TV and radio broadcasting nationwide.

For radio broadcasting, Takorn said 7,300 radio stations were banned by the NCPO order.

Takorn said the NBTC was now considering resumption of radio issues as the next step following deals with television.

Meanwhile, a community radio group, which claims 315 community radio stations as members nationwide, yesterday submitted a letter to the NBTC to consider resuming their operations.

It said the NBTC should lift restrictions on the non-political content of radio stations which were never involved with any political issues.

It complained the suspended operations had affected their revenue and left jobs insecure since the NCPO order of May 22.

PHUKET: The junta will communicate with the public and international communities through the Government House website and Facebook.

Yongyuth Maiyalarp, the newly appointed member of the National Council for Peace and Order spokespersons team, said from now on the NCPO will use www.thaigov.go.th as a major channel to update on the current situation, in Thai and English. The Thai Khu Fah Facebook account will be used to promote reconciliation as well, he said.

The decision came after a meeting at Government House of the NCPO spokespersons’ team, the Foreign Ministry, the Public Relations Department, and PM’s Secretariat Office.

The meeting was aimed at stressing and bringing about reconciliation and harmony in the country and creating a better understanding among foreign communities, the former spokesman of the Surayud Chulanont government said.