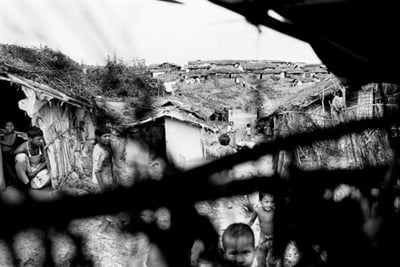 UN High Commissioner for Human Rights Navi Pillay expressed serious concern about reports of human rights violations committed by security forces in Myanmar’s Rakhine state, where the clashes have taken places, stating that reports include “discriminatory and arbitrary responses by security forces, and even their instigation of and involvement in clashes.”

Violence between ethnic Rakhine Buddhists and Rohingya Muslims in the state was triggered after an ethnic Rakhine woman was raped and murdered on May 28, according to the Office of the High Commissioner for Human Rights (OHCHR). This incident was then followed by the killing of 10 Muslims by an unidentified mob on June 3.

The violence has affected over 30,000 people, and the Office of the UN High Commissioner for Refugees (UNHCR) has continued its help with additional tents.

In a news release, Pillay added that reports – from independent sources – indicate that “the initial swift response of the authorities to the communal violence may have turned into a crackdown targeting Muslims, in particular members of the Rohingya [Muslim] community.”

Pillay also called on national leaders to speak out against discrimination, the exclusion of minorities and racist attitudes, and in support of equal rights for all in Myanmar, as “prejudice and violence against members of ethnic and religious minorities run the risk of dividing the country.”

In addition, an estimated 80,000 people are displaced in and around the towns of Sittwe and Maungdaw, with most of them living in camps or with host families in surrounding villages.

According to AFP, UN Special Rapporteur Tomas Ojea Quintana landed yesterday evening in Yangon with plans to visit the restive western state, and to hold discussions on Friday with Myanmar’s president and civil society.

As reported by the Phuket Gazette in March the Thai navy estimated some 2,522 Rohingya attempted to enter Thailand illegally between November 2011 and mid-March in a bid to escape poverty and living conditions. During this period, the seas tend to be calmer due to a weakening of the monsoon over the Andaman sea.

Taking into account the current situation in Myanmar, these figures are now expected to increase.