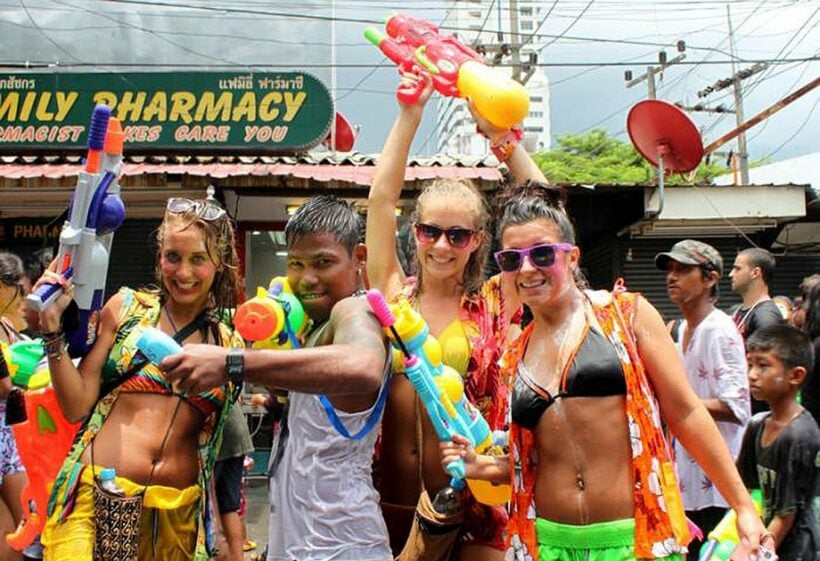 Songkran is on the way. That means water fights in the main tourist destinations around the country and Thais fleeing the cities and work locations to head back to their homes ‘upcountry’. With the official Songkran break starting on a Wednesday this year you can be assured that many will take the Monday and Tuesday off in that week and probably extend the end of the holiday through the next week – that’s a potential fat two week break predicted by officials this year as employers struggle to sort out their work rosters over the holiday break.

It’s the most dangerous time on the roads with the sheer volume of traffic, revellers drink-driving and the tourists flocking to the resort areas for the traditional water festival. Songkran, once a civilised and gentle cleansing of Buddha images, has now evolved into an internationally famous watertight and booze-up. The celebration of the Thai New Year heralds the traditional end of the country’s hot season and the start of the summer rains – it’s usually very close!

The Tourism Authority of Thailand has released a projection which indicates an 18 percent growth in tourism income for the holiday period. The holiday is becoming more popular, not only among foreign tourists, but also among the locals who, with Government endorsement, are extending the annual break either side of the actual April 13 Thai New Year date.

The tourism authority says both Thai and foreign tourists are expected to spend nearly 20 billion baht between April 12 to April 16 this year, with domestic tourism set to rise by about 3 million people – a 12 percent increase from last year. Foreign tourists will see more than half a million additional arrivals in comparison to 2017, a growth of 13 percent, according to the TaT.

The TAT says the projected growth is due to longer holidays announced by the government, tax rebates for tourists, better confidence in the economy and growth in domestic flights.

30 million baht to be spent on Rawai wastewater treatment