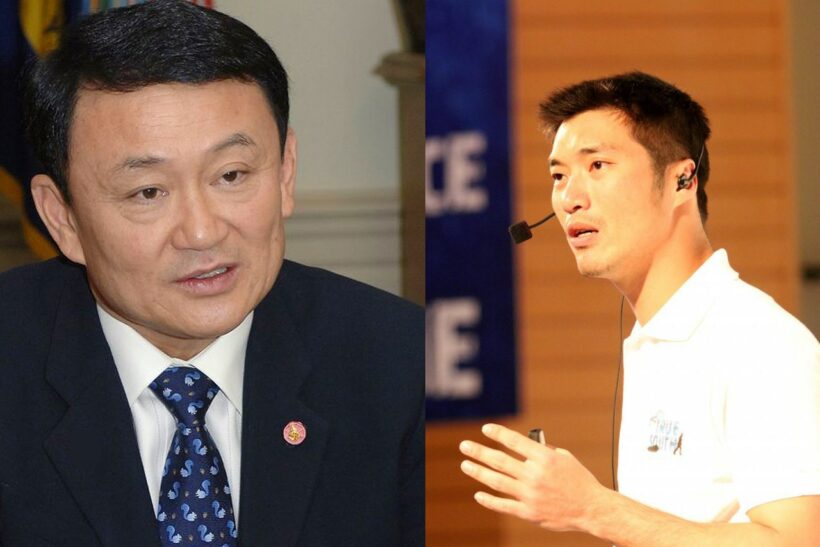 New political parties are being registered at break-neck speed following the easing of the Junta’s ban on political activities. Most of the new parties will falter at the start line, unable to come up with the required minimum membership or capital to fund their campaigns. As new parties, they’re all going to have to fight for media space to get their message out and find a way to appeal to the grassroots voters, the young voters and, heaven forbid, turn some older voters, nailed to a ‘red shirt/yellow shirt’ political system.

None of this will be easy. They will need an adept team, with a thorough knowledge of the fickle social media game, some deep pockets and a charismatic leader with good hair!

But its all been done before, albeit in a different time with different challenges.

A young, virtually unknown telecommunication businessman, in his early 40s, burst onto the political scene in the mid 1990’s. Thaksin Shinawatra fell over a few times before he got up and kept standing for elections and, eventually, winning.

He stood in a general election at his first run as the new leader of the Palang Dharma Party in 1995. It won 23 House seats in the national vote, a long way from winning the election but at least a start, despite the party actually dropping 24 seats from the previous election.

It was start of the end for the Palang Dharma party, winning only one seat in the following general election. Thaksin left it to form his own political party called Thai Rak Thai, – “Thais Love Thais”, in 1998.

Learning from his early mistakes, from an outsider to a political juggernaut, Thaksin won a landslide victory in the 2001 election, winning 248 out of the 500 House seats grabs.

Four years later, Thai Rak Thai won as many as 375 seats in the 500 member Thai lower house, becoming the first political party ever to win an absolute majority.

Thaksin was a canny, modern politician who played the numbers, knowing that if he could get the support of the huge population base outside of Bangkok, he was guaranteed of a win. it didn’t go unnoticed by the Thai military and the cabal of Bangkok elites who were initially shocked by the success of this ‘upstart’. Less than two years later, they stepped in with a coup citing allegations of corruption and power abuses. Thai Rak Thai was later dissolved by a court order for electoral fraud. You’d think that would be the end of Thaksin Shinawatra. Not quite yet.

Thai Rak Thai morphed into a new political party, Pheu Thai, with Thaksin’s younger sister playing the role of puppet for her fugitive brother who was now living in self-imposed political exile to avoid facing a jail term in his home country. She had only been in politics for a month before the new Pheu Thai party won 265 seats in the next election – such was the power of Thaksin’s numbers game.

Really, all Thaksin’s supporters (who would come to be known as the red shirts) had to do was front up on polling day and they were almost assured of a win. Despite his protestations, Thaksin was still pulling the strings of the new Pheu Thai government – his weekly YouTube addresses left little for the imagination. By now, however, the party had become more about staying in power than providing good government. It fell foul of the authorities when the Rice Pledging scheme, basically unsustainable rice subsidies for the north and north-east agricultural communities, fell apart.

The Bangkok elite fought back, fronted by remnants of the opposition Democrats and Thaksin’s political foes. This opposition to everything ‘Pheu Thai’ had tacit backing from the Thai Military and supporters of the Monarchy. King Bhumibol was ailing and there were clear fears of a constitutional vacuum, despite the Thai monarch not having any official role in day-to-day politics since 1932. But the Thai monarch’s emotional power, cultivated during his reign by King Bhumibol’s own hard work and slick palace PR, was such that his eventual passing would provide political opportunists with a time of instability.

This is when the current Junta stepped in during May 2014, on the pretext of stopping the street protests and ending the political bickering between the red and yellow shirts. But it was as much about providing stability during the transition of the Thai monarch, a task that was handled with great dignity and sensitivity by PM General Prayut.

Since 2014, nearly four years ago now, there has been a gag placed on political activity, the Junta hoping that the past divisions may be magically forgotten and new faces would emerge, untainted by the past, to take on the task of a future Thai democracy – a democracy the Junta have already shaped with changes to the constitution.

Stepping up to the plate are plenty of new faces – up to 70 new parties so far – with promises of a new start, fresh policies, a look to the future, good times ahead.

But one thing hasn’t changed. The maths. No matter how much the Junta would like to control the result of the next election they will have to contend with a more politically-savvy population, increasingly better-educated and socially linked with new media. And most of these voters live outside Bangkok. To put it simply, there are still a lot more red shirts than yellow shirts in Thailand. So it appears unlikely that any Bangkok-based party, clinging to the old guard and ‘old ways’ could possibly get the votes required to form a stable government.

The most high-profile contender, at this very early stage, is a 39 year old car-parts billionaire. Thanathorn Juangroongruangkit, without being able to lay out his full political manifesto at this stage (due to the ongoing gag on political activity) has already stated that he wants progressive government, doesn’t support a military controlled Senate and has straight-out said he won’t support an ‘outside nominated PM’. He clearly has a team of young, hungry, aspiring idealists, eager to take their country into the new era.

How the gentlemen, mostly ageing men and ex-military, still in full control of the country, accommodate these new political parties, even though their ideologies are a clear departure from the ‘old ways’, will provide a foundation for the next 12 months of Thailand’s political soap opera.