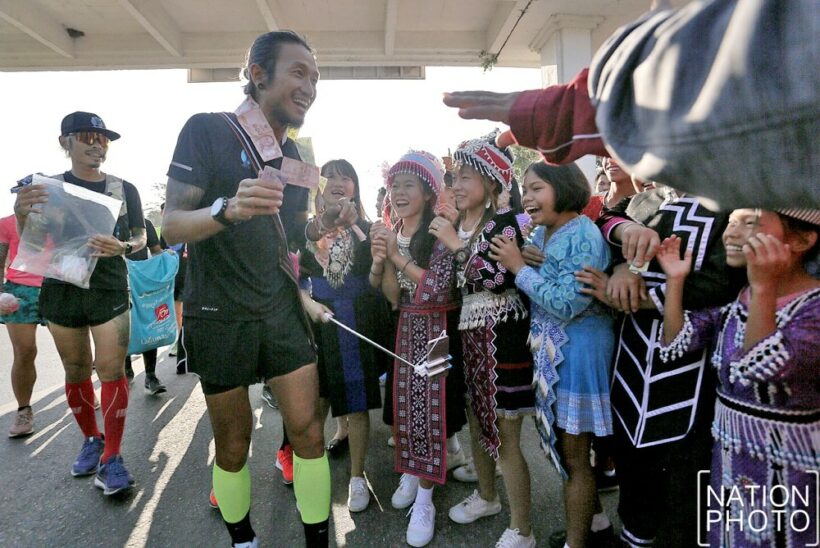 A roadside crowd waited for his appearance, cheered him on, and handed him their cash.

In the next week Toon reaches areas in the north of Thailand with steep and windy roads.

So far, Toon has run for 35 days, covering 1,728 kilometres. The campaign has so far raised 815.425 million baht for 11 major public hospitals and earned praise from HM The King and the Thai PM. 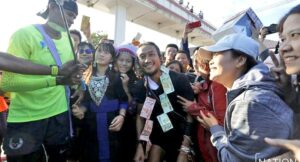