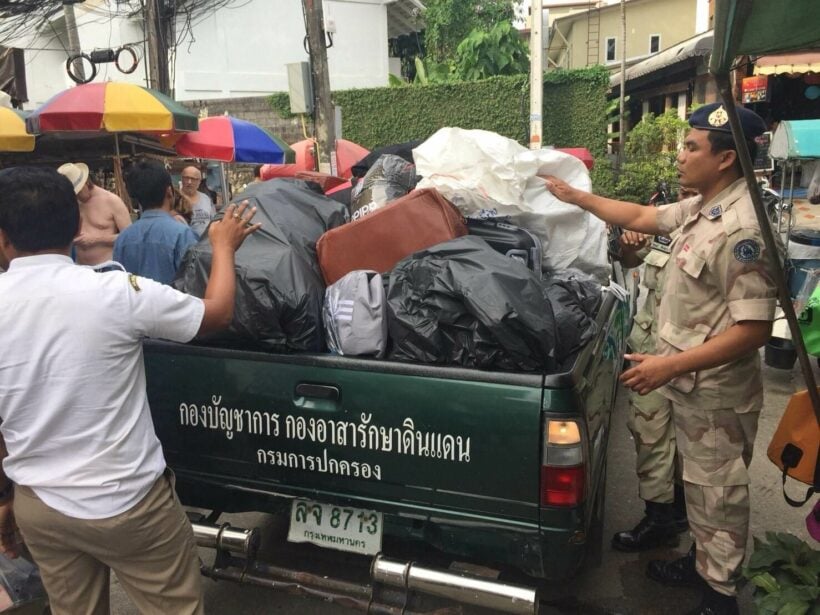 An undocumented migrant from Myanmar and two others from Cambodia have been arrested in Karon for selling pirated goods.

The arrests, in a bid to suppress copyright violations, were made by a joint operation of Interior Ministry officials, troops and naval officers led by Muang Phuket assistant district chief Danai Jaikheng yesterday (Tuesday).

The three were arrested at a roadside shop on Luang Por Chuan road in Tambon Karon.

The Myanmar man was identified as 39 year old Doan Thi Thuan. The officials seized 674 fake items from him, including bags, belts and shoes.

The two Cambodian men were identified as Ron, 24, and Prean Kimra, 20. The officials seized 379 fake items from them, including fake-copy eyeglasses of well-known brands.

The three were also charged with unlawful entry into the Kingdom. 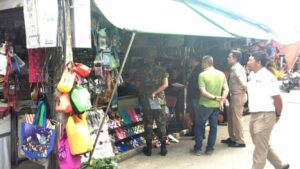 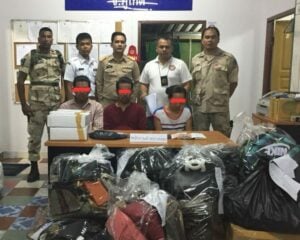