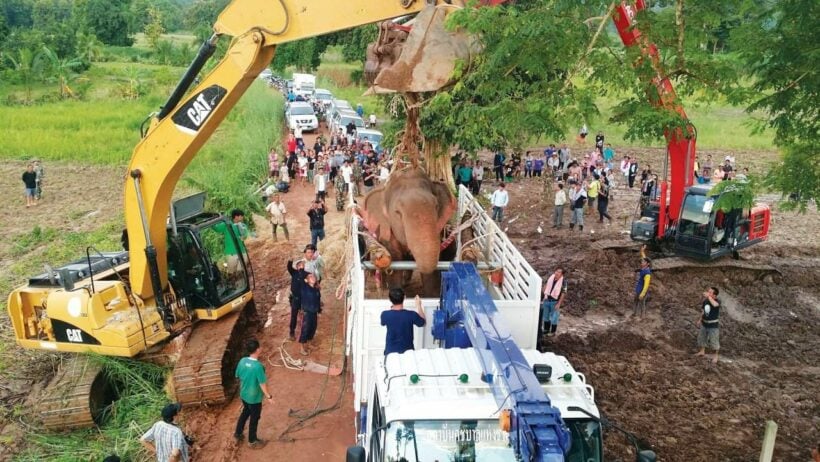 A 15 year old male elephant rescued from a muddy canal in Phitsanulok province yesterday was lifted using two big backhoes, placed in a truck and taken to an elephant hospital in Lampang province where it is now receiving treatment.

A veterinarian said the elephant had a 50-50 chance of survival due to its broken legs. Teams of rescuers, villagers and civilians spent almost six hours moving the animal 300-metres from the bank of the Chompu canal into the truck. They were handicapped by the wet soil and the weight of the elephant as it was unable to stand by itself.

The elephant, now named “Tara” or water, was spotted in the canal on Wednesday. Attempts to rescue Tara failed on Wednesday due to strong currents and his reluctance to be assisted.

Tara is believed to be from the national park and got separated from his mother during the flash flood that swept him down the canal. 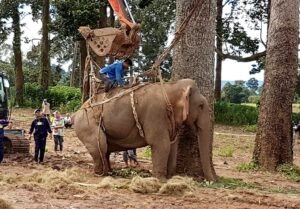