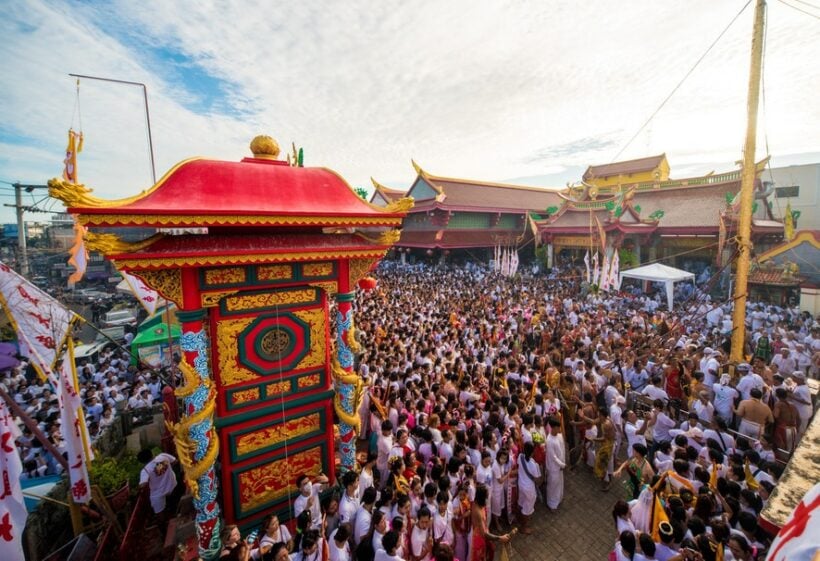 Phuket’s annual vegetarian festival kicked off last night with religious rituals happening at the main Chinese shrines of the island with a large number of attendees including Phuket’s Governor, authorities, locals and tourists.

The big ritual of Koteng lantern pole raising was held at Juitui Tao Bo Keng Shrine, the ancient Chinese shrine in Old Phuket Town. Apart from Juitui Tao Bo Keng Shrine, approximately 30 shrines around the island also conducted the yearly ceremony including Bang Niew Shrine, Samkong Shrine, and Kathu Shrine. After the ritual, the Masong (people who invite the spirits of Chinese gods to possess their bodies) were also on display attracting a lot of attention from attendees.

Around the shrine there were plenty of vegetarian food vendors with big crowds of people along the streets.

“As we are still mourning the loss of the late King Bhumibol Adulyadej this month, there will be no parades or fire crackers, except for those used for the rituals inside the shrines. The yellow flag representing the vegetarian festival will not be decorated along the street but is only permitted inside the shrines as well. Apart from this, the other rituals will be conducted as usual. As I know, the hotels across Phuket town have been booked around 80% already,” said the Governor. 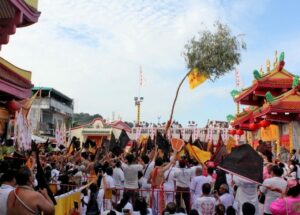 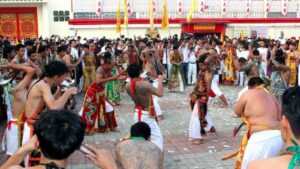 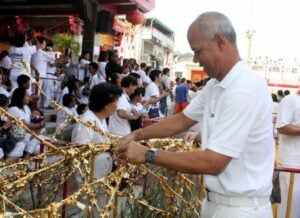