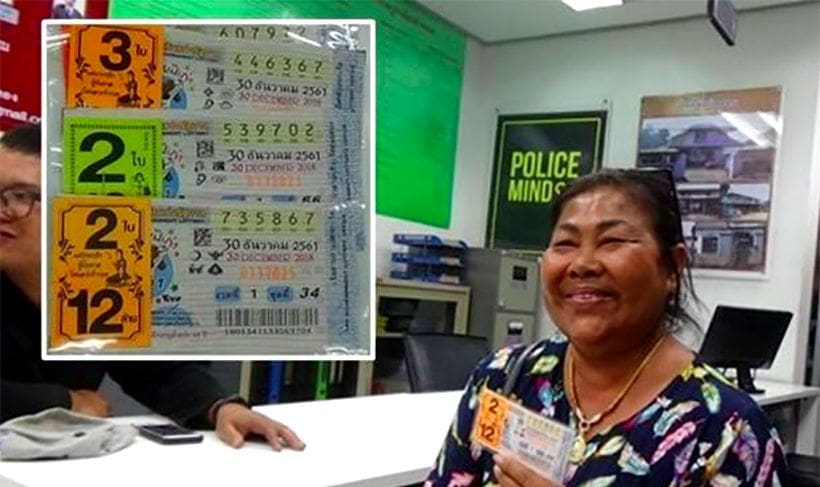 53 year old Suwana from Ang Thong in the south of Thailand, can’t believe her luck, as she wins top lottery prize for the second year running.

In 2017, she was the lucky winner of 30 million baht – the top prize  – and has since proceeded to donate over 2 million baht to build a temple.

She claims it was her good karma that led her to help a local man by buying his last seven lottery tickets. Little did she know that one of those tickets would yield the top prize.

Now she is the winner (again) of a 12 million baht prize and, according to reports, she has continued to donate much of her winnings.

Suwana says she will continue to help others through the Buddhist practice of helping and giving to those in need.

Pabuk: Friday awakes with the storm surging up the Gulf coastline

Precautions taken in the south for Pabuk