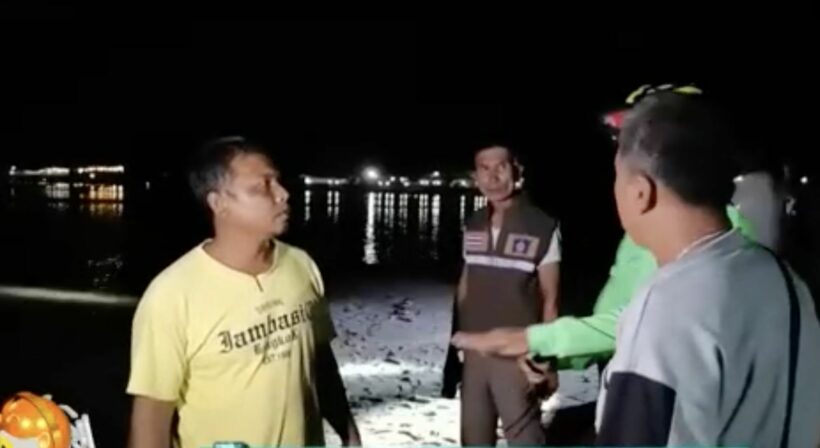 There was a “no swimming” sign on the shoreline.

59 year old Prayoon Sridaengma, her 33 year old son (reported as a ‘nephew’ in other media), and her 21 year old daughter-in-law, went into the sea to collect shellfish. The woman’s husband and a grandchild remained on the beach.

Soon after heading into the shallows the husband noticed that the three had disappeared from view. The husband told police he believed they had been swept away by strong undercurrents.

Police called on a fishing boat returning to the shore to help search fro the missing trio. The crew pulled the mother and her son from the water. Here daughter-in-law could not be found at the time. The mother was already dead when she was pulled from the water. Her son was still alive and rushed to hospital. A search is continuing for the 21 year old daughter-in-law.