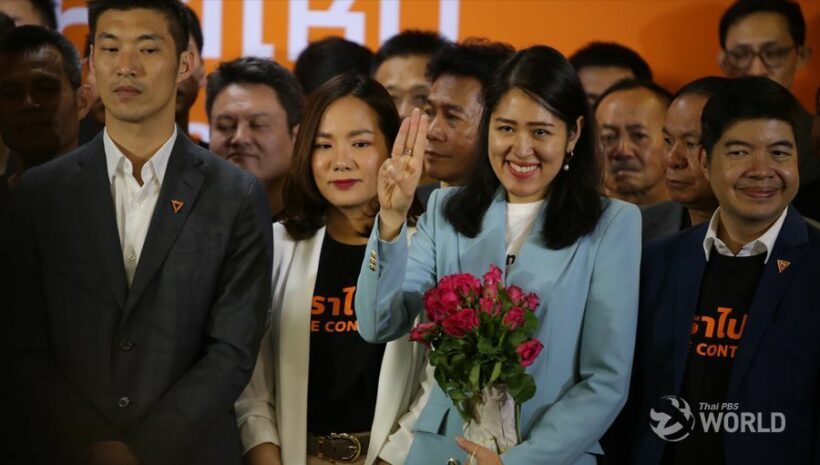 Members of the recently formed Progressive Movement have hit back at suggestions that party donations have been mismanaged. The party, rising from the ashes of the now-disbanded Future Forward Party, says the allegations are nothing more than politically-motivated slander. Its critics accuse the Progressive Movement of the misappropriation of more than 7.7 million baht of public funds.

In a statement issued by the party, they say that on May 1 and 2, they held a number of fundraising concerts to support artists and others facing financial hardship as a result of the lock-down. Members say they used party funds and donations to pay for the staging of the events, totalling over 7.7 million baht.

Between May 1 and 3, over 15,000 deposits were made into the bank account of party member Pannika Wanich, formerly the Director of Communications for the Future Forward Party. The Progressive Movement says over 7.5 million baht was dispersed, in over 2,400 transactions, leaving over 222,700 in Pannika’s account. Around 200,000 baht in additional donations came in after the concerts, most of which the party says was spent on providing learning materials for school children and paying the water bills of families in impoverished slum dwellings.

The party confirms that over 222,700 still remains in Pannika’s account and that no funds have ever been used for personal reasons, as its detractors allege. It adds that the names of all those who received donations from the fund have been published on its website, along with a financial report. It also invites anyone with concerns about the potential mismanagement of funds to view the copy of bank transactions it has published on the site.

The party accuses those making the allegations of having no proof to back up their claims, saying it is merely an attempt to stir up public distrust and resentment.