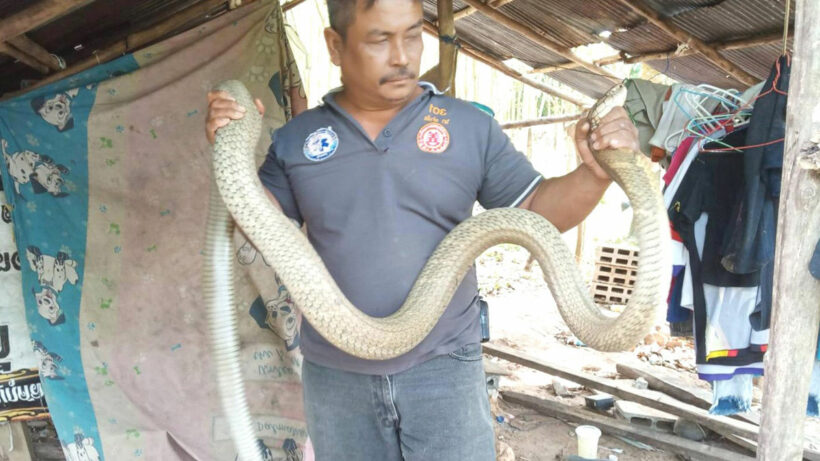 A man in the southern province of Trang got a shock when he lay down for a nap and found he was being watched by a 5-metre king cobra staring at him from the ceiling. The man’s home is on a rubber farm, where cobras and other venomous snakes are often found. The local rescue team, who reportedly specialise in capturing king cobras, received notification of an extremely long one at the man’s home.

The team arrived to find 42 year old Pricha, the owner of the rubber farm, still in shock. Pricha showed the team the snake, which was up in the rafters enjoying a nap. The team sprung into action and used snake catching equipment to pull the reptile down. Once on the ground team members grabbed it by the head and took it outside the home. 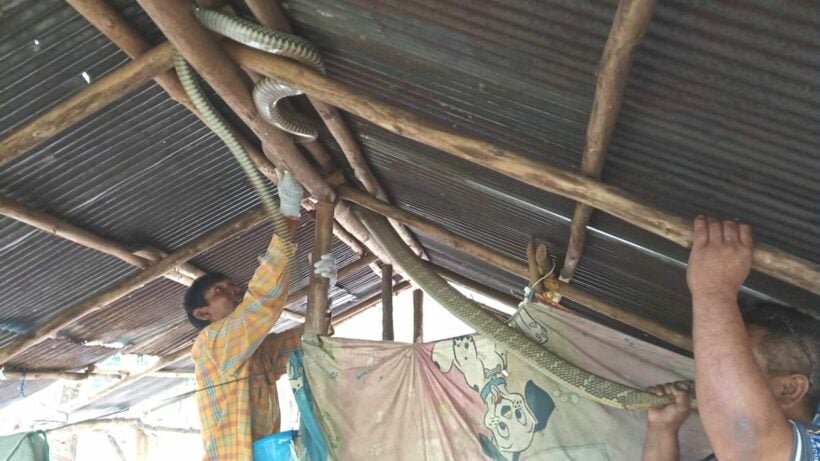 The snake turned out to be over 5 metres long and weighed 10 kilograms. At that size, the team said, the snake can basically look you in the eye, with the ability to raise it body up from the ground when in attack mode.

National Geographic states that while a king cobra’s venom might not be the most potent, they can release enough neurotoxin in a single bite to kill 20 people.

The rescue team told Pricha that it’s currently very dry in Thailand, so snakes look for water sources, which are often near homes. It’s also currently mating season for these venomous snakes and they’re looking for love. The team say they’ve caught over 20 king cobras in the last two months alone.