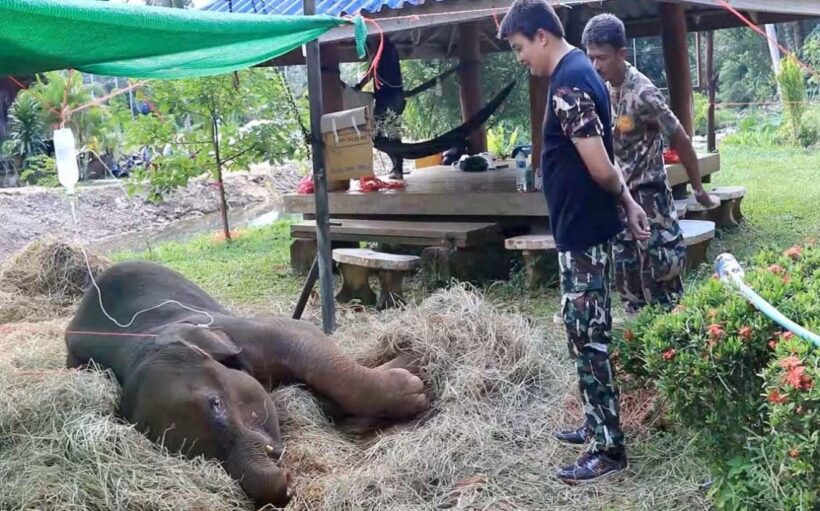 A two year old male elephant, nicknamed Chao Duan, died earlier today from his injuries, 13 days after veterinarians tried to save it after it fell into a pit in Chumphon.

It was rescued from a muddy pit in the forest near Ban Chanren in Tambon Tako of Chumphon’s Thung Tako on September 26.

Park officials said it fell into the pit from a steep mountain, resulting in back injuries that caused it to have no feeling in its torso and hind legs.

Somjet said the elephant also had a severe internal infection because of the injuries.

Chao Duan was among three young elephants of a herd with two male and eight female elephants in the park. Officials named it Chao Duan because its trunk was three or four times shorter than a normal elephant’s trunk. With the short trunk, the elephant could not hang on to trees and it might be the reason it fell, Somjet said.

Thung Tako district chief Somyos Na-Nakhon said officials will hold a praying rite for the elephant and bury it in front of a cave near the village. 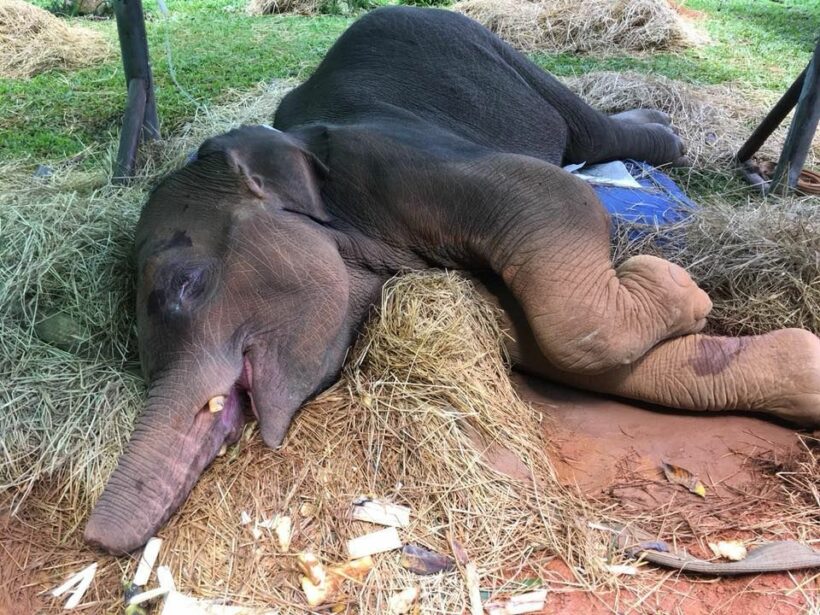