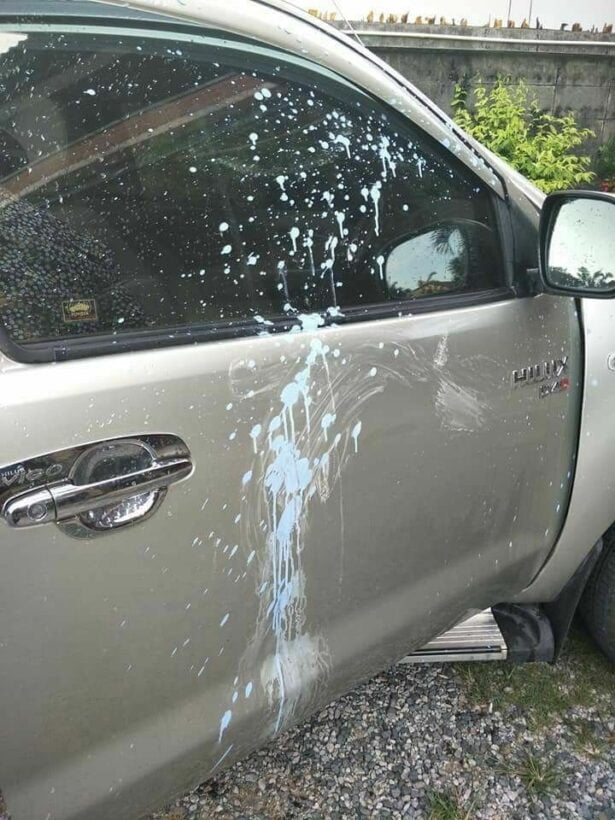 A construction worker, 29 year old Payak Samniangmai, who works in the nearby area where the cars were splashed with acrylic paint on April 13, has been arrested today (April 18).

There were a total of 9 cars splattered with the hard-to-remove colour paint.

Most of the victims mentioned that their cars got the colour paint throw at them in front of a hotel just before Nai Yang beach front and also mentioned that it was a group of men. Saku Police found that they were a group of construction workers in the area.

Payak was taken to Saku Police Station and confessed that he is the one who threw colour paint on the cars. 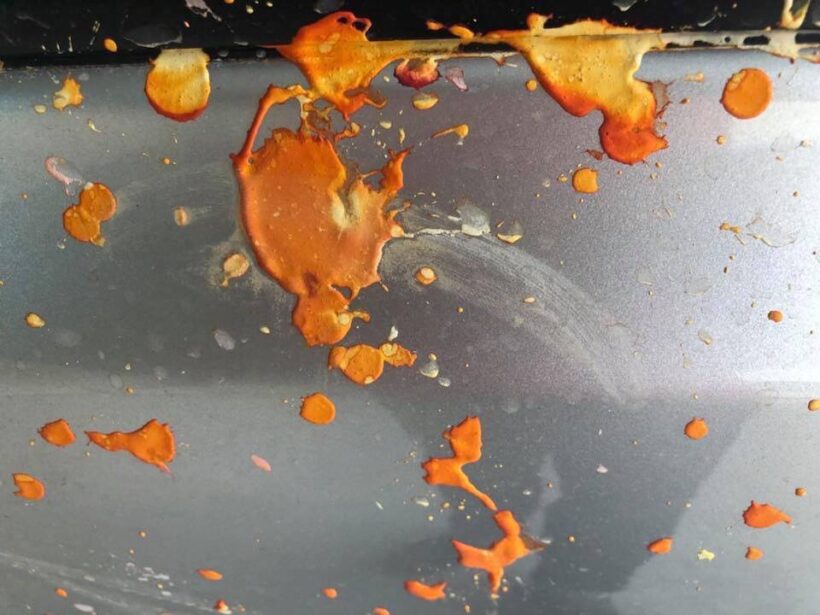