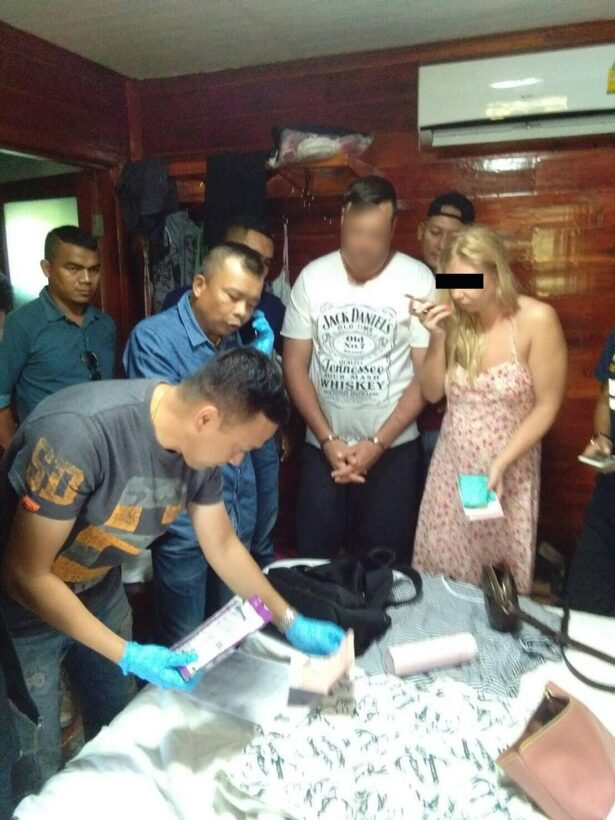 Police have arrested a 34 year old Russian man, Aleksei Posysaev, today (April 18) after he stole an iPhone X from a clothes shop in Ao Nang, Krabi.

Earlier, the clothes shop owner, Netdao Wiwatratsamee, posted the CCTV footage of the robbery on social media and offered a 5,000 Baht reward to whoever leads to the robber and his family recorded in the footage. Her phone was stolen at 10pm on April 15 while the family of 3 pretended to buy things in the shop . Tthe Russian man took an opportunity while she was helping his wife at the shop to steal the phone charging at the counter.

Ao Nang Police found that he was staying in a bungalow in Ao Nang before he fled to stay in a resort on Koh Lanta. Police brought the arrest warrant to the resort and arrested him there where they also found his wife and child.

He admitted that he was the person in the arrest warrant but denied the robbery. After police searched the room, they found the iPhone X hidden in the snack pack of his child. They also found the clothes he wore on the night he stole the phone.

He has been arrested and taken to Ao Nang Police Station.