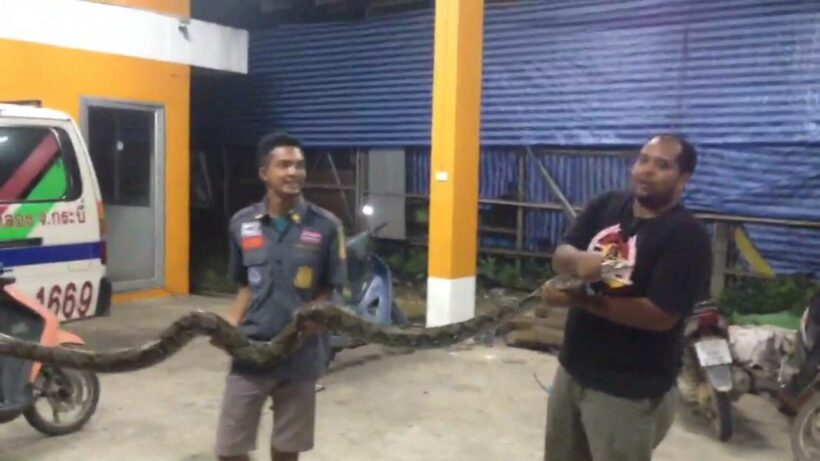 Another python has been found in the bedroom of a Krabi house.

Early today (August 24), 72 year old Subin Kongban found a 15 kilogram python crawling in the house after eating his chicken at the back of the house.

“I was going to the toilet and found it crawling in the house, almost by my bed, so I called the rescue team for help,” said Subin.

“There have been 3 pythons getting in my house in the last few months. All of them were about 3-4 meters long. I think it happened because I made the chicken coop more secured so the python changed its course to go to the house instead.”

Klong Nuea Rescue Team took about 10 minutes to catch the python and release it back to the jungle.

The rescue team also suggests all households located nearby snake populated areas such as forests and dense grass fields to scatter salt or sulphur powder to avoid snakes. 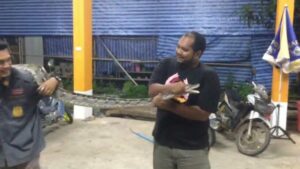