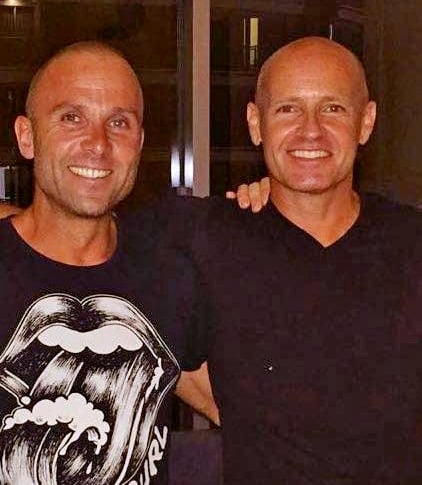 We all love a great story.

The story that captures our imagination with; a tale of a hero, adversity or our hero triumphing over adversity.

It sparks hope; that one day we can be courageous and heroic and become the hero of our own story. Hope is the spark for something better and a catalyst for a massive bleep on your EKG.

Stale and uninspired are synonymous with being a bystander in life. Watching the same old predictable movie again and again.

We are talking about the Hero’s Story and for that we need to resuscitate the belief that we all have the capacity to be passionate about life.

Never forget that Passion and Conviction is a FORCE MULTIPLIER.

Hero’s are compassionate and care.

Hero’s create a ripple effect with those they come in contact with; it flows through them.

Though I’m past one hundred thousand miles. I’m feeling very still. And I think my spaceship knows which way to go.
David Bowie

SO YOU WANNA BE A PILOT?
Jay – Sydney, Australia

After a successful 20-year career in the music industry as a Musician and a Sales & Marketing Manager, I found myself feeling stale, unfulfilled, lacking motivation and without the passion and for things which I previously had. So at the age of 38, I decided to make a change and create the future I really wanted.

As a boy growing up near Camden, on the outskirts of Sydney, I had watched light aircraft overhead for years and I always dreamt of becoming a pilot. However, as I came from a very underprivileged background, this was not possible due to the huge expense so I just naturally fell into music, which I always had a passion and talent for. So when considering my options for change I thought about following my childhood dream.

I sold my apartment and made a small profit of just over $100,000 which I put into a term deposit while I did my research about the aviation industry, the training process, the flying schools, the possible career options and made my plan. The total cost involved to get fully trained up as a pilot was significant and in the order of $120,000. I was looking at 2-3 years full-time to complete everything and be ready to apply for low-hours pilot jobs. The plan was to quit my job and study full-time to get through it as fast as possible as I was already a lot older than most new pilots applying to airlines.

A few weeks before I was to start basic pilot training, I was at a friends place for dinner. We saw the news on TV saying many companies had failed due to the global financial collapse in 2008 and one of them was the company which my money was with. All investors, except the banks of course, lost their money… including me. I was devastated. What could I do now?

It took me 3 days to deal with the emotional reaction to this news and then I pulled myself together and refocused my thoughts. I decided I would continue on regardless even though I didn’t know exactly how at this stage. I had $5000 in another account and still had my job so not all was lost. I altered the plan but not the goal and decided to start studying the theory side of things first while I saved up more money to commence the flying training.

So I started the long process. I kept working full-time then studying every night after work until I fell into bed. Slowly but surely I began moving towards my goal, chapter by chapter in the text books, and by passing each exam along the way. I set myself small daily goals knowing that these will form my path to reaching my larger goals and ultimately my dream of becoming an Airline pilot with Cathay Pacific Airways. The poster of the big Cathay jet was ever present above my study desk as was a hand written note of affirmation saying…

‘YOU WILL BE A CATHAY PILOT’

In order to supplement my income and pay for the flying training I knew I had to get a part-time job so I got back into playing gigs as a musician on the side. Originally I was a Jazz Piano player earlier in my career but there wasn’t much work around for piano players so I worked hard on my Guitar playing and formed an Acoustic Duo called SYNERGY with my best mate in Sydney. We targeted the higher paying gigs like corporate events, private functions, weddings and so on. We got in with a couple of key booking agents and a few months later we were doing 2-3 gigs per week earning good money.

So I started the flying training as well and was super busy. Working full-time, playing gigs part-time, studying every other night, going to Bankstown Aerodrome before sunrise to get 2 hours flying training done before work and also sitting the required exams to proceed to the next stage of training. Thank goodness I was earning well from the 2 jobs combined because I was spending upwards of $2000 per week sometimes on the flying training. I failed many exams along the way and doubted myself many times. Negative thoughts would come in but I just keep studying and training and would re-sit the failed exams in another month or so until I passed them then moved my focus onto the next subject.

I applied for the Cathay Pacific Cadet Pilot course once I had a Private Pilot Licence. Another friend of mine also applied. We both had almost identical flying credentials at that time. He got all the way through the selection process with Cathay which took months and was offered a training spot. I didn’t even get an initial interview. I was so happy for him but immensely disappointed for myself. He was 12 years younger than I so I assumed the reason was my age. This was a big blow to my confidence but I kept going and actually sent an email to Cathay recruitment on the 1st of each month updating them on my progress with my training and study and asking if I could reapply. In all I sent 21 emails over 21 months.

It took me just under 4 years to complete my training and all the study. I now had a Commercial Pilot Licence, a Multi-Engine Command Instrument Rating, all the Australian ATPL exams completed and about 280 flying hours. I had spent just under AUD$130,000 to achieve this.

I managed to get a part-time job as a pilot for a skydiving operation near Sydney on the weekends so now I was working 3 jobs. This was good experience and a lot of fun but I wanted the airlines. With such low flying hours and experience this was a long shot, especially at 42 years of age.

I continued to update Cathay and finally I received an email from them inviting me to attend an initial stage 1 interview in Sydney in 6 weeks time. I was ecstatic! For the next 6 weeks I fully focused my entire energy on preparing for this interview. The day came around and I did well despite being extremely nervous and unsure of myself. I was invited to Hong Kong to attend stage 2 interviews and extensive testing. I passed stage 2 and also stage 3 and was then invited to attend stage 4 flight grading in Adelaide. I got through that as well and waited for the call after my final assessment.

While waiting I reflected on the entire process I had been through over the last 4 years. It was the hardest thing I had ever taken on and the first thing in my entire life I had given absolutely 100% of myself to. There were so many times when I felt it was just too hard, or too expensive or was not smart enough. I sacrificed so many other things to do this. There were actual tears at one point with my close friends who all gave me enormous moral support. I learned a lot about myself through this challenge and realised I am capable of so much more than I previously gave myself credit for. This alone was worth the money!

Finally my phone rang and it was Cathay recruitment. I was invited to join course AE13 starting in 3 weeks to commence the training to become a Second Officer with Cathay Pacific Airways. It was such an amazing feeling of accomplishment. I called my Mum and she arrived 20 minutes later with a bottle of French champagne to celebrate. It was a truly magic moment in my life. Surreal in fact.

I am now living in Hong Kong and about to upgrade to First Officer after 3 years with the company. What you focus your thoughts on and direct your behaviour towards really does manifest into reality over time. It’s incredible what you can achieve when you really focus and commit to something. Go for it!

Thank you Jay for your honesty and authenticity. A ripple that will definitely create some massive waves for people. We can all use a little more hope and inspiration.

That parachute that you are looking for is staring at you in the mirror.

Is Bangkok’s property market cooling off? No, says Bloomberg.