Surat Thani provincial police have hit back at allegations they’ve mishandled another possible rape case on Koh Tao. In fact they say there was no rape case on the holiday island involving a British backpacker as alleged in social and wider media, in Thailand and overseas. Koh Tao island has earned a reputation in recent years for a number of mysterious crimes, rapes and murders.

The Koh Pha-ngan police superintendent Pol Col Sathit Kongnian clarified matters during a video conference with Surat Thani’s Pol Maj-Gen Apichart Boonsrirote, saying that on June 27 (the original report says the report was made on June 26) a British tourist identified as 20 year old Isabel Victoria Bakter made a report with Koh Phangan police reporting that her iPhone 7 and 3,000 baht in cash had gone missing on Sai Ree beach on the scenic Koh Tao island on June 25 (original police report below).

He insisted that Isabel didn’t say she was robbed but merely said that the two items just went missing.

You can read the original article about this story HERE.

He said the duty officer then advised Ms Bakter to lodge her complaint with Koh Tao police as her belongings were reported to have gone missing there, but she claimed it was not convenient for her to go there and she merely wanted a police report so she could claim an insurance compensation.

The duty police officer made a copy of her complaint form and gave it to her, said Pol Col Sathit, stressing that the British backpacker did not complain of being raped and robbed as reported in the social media.

The Koh Phangan police officer’s recollection of events is very different from the statement Isabel has made with UK police and repeated in articles in the Samui Times.

Thai PBS reports that Koh Tao police deputy superintendent Pol Lt-Col Napa Senathip disclosed that on August 8, a resort owner on Koh Tao island informed his men that he received a message from Ms Bacter that while vacationing on Koh Tao she was raped and robbed of her cellphone and 3,000 baht in cash and demanded that he was to be held accountable for the incident.

After receiving the information from the resort owner, Koh Tao police then checked video footages at the resort but found that all the footages on that particular day that the alleged crime took place had been automatically deleted, said Napa, adding that the police wanted to question the British backpacker but found she already left Thailand in July.

According to Thai PBS, Pol Maj-Gen Apichart said he had instructed the police to trace the origins of the  reported rape and found out that it came from a website which was registered abroad but used the name of a famous tourist destination in Surat Thani province (he was referring to Samui Times, registered in the UK).

He then alleged that the same website had occasionally posted fake news to discredit Koh Tao since the murder of two British backpackers on the island in 2014.

Samui Times has also referred to Koh Tao as ‘Death Island’ with the Surat Thani police saying they will sue the website for libel.

(The Thaiger notes that a mysterious loss of CCTV footage at the same bar was the excuse used in the investigations into the murder of British back-packers Hanna Withering and David Miller in 2014.) 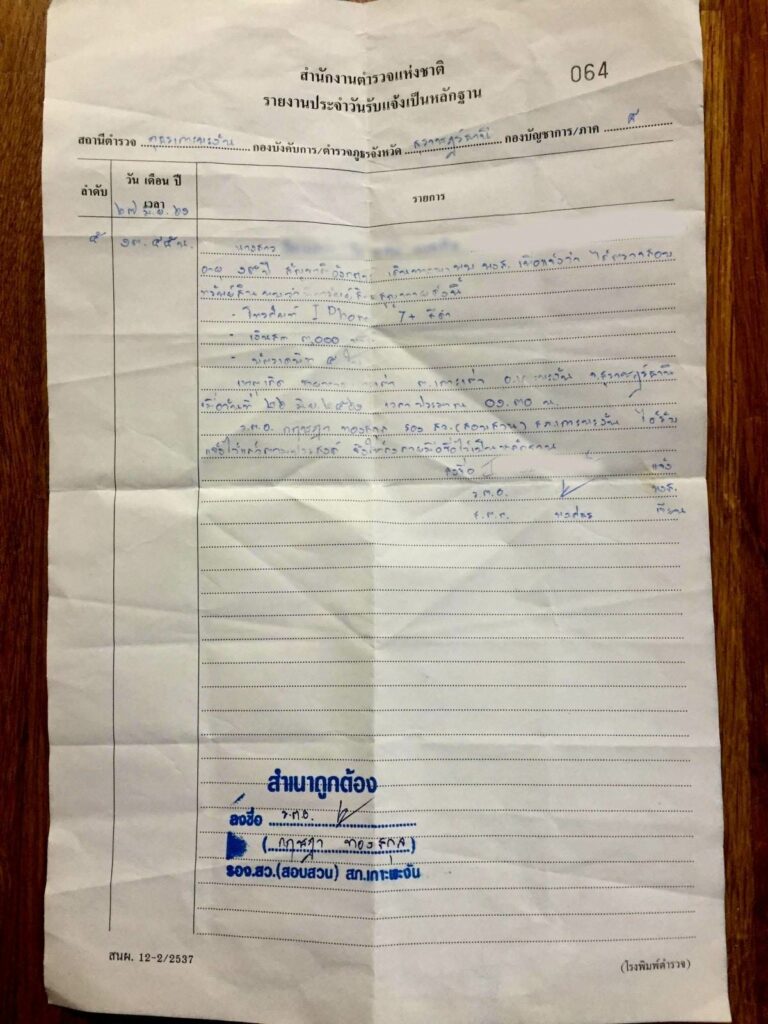