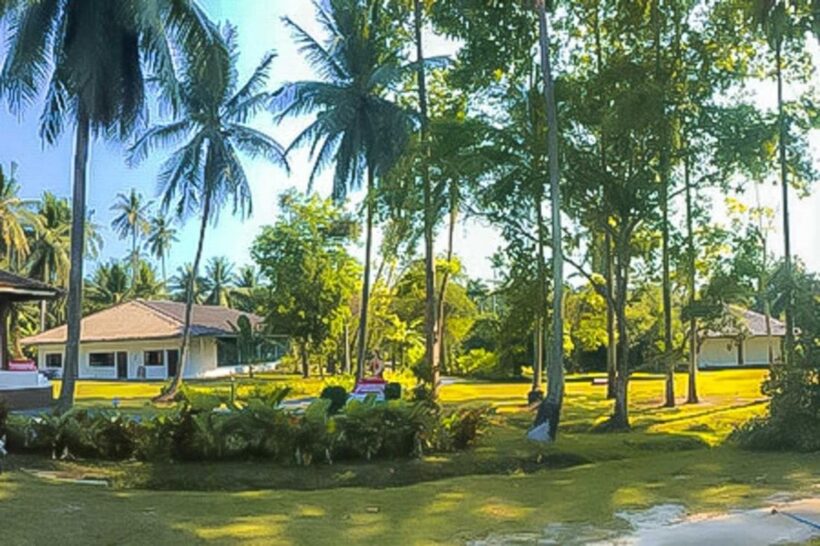 The Thai Military & Police have raided Agama Yoga in Koh Phangan. Charges have been filed against the Swami Vivekananda Saraswati. According to our source, Agama has been a ‘ghost town’ for weeks.

Back in July The Thaiger reported that the founder of the Koh Phangan based yoga and tantra school Agama, Swami Vivekananda Saraswati, was accused by multiple women of sexual assault. He claimed to be the “brilliant exponent of a unique and modern trend of thinking in Yoga” who “has reached high states of spiritual realisation.”

Agama Yoga on Koh Phangan is one of the world’s largest yoga training centres. Swami’s teacher is the infamous Romanian yoga guru Gregorian Bivolaru. Bivolaru was sentenced to six years in prison for having sex with an underage girl.

At the time the Swami warned those who dared to speak against him that “they are under demonic influence and face infernal consequences for many lives to come.”

Several of his most senior teachers were also accused of rape or sexual assault at the time. Former staff claimed that the Swami was paying off the Thai authorities.

Staff at the Koh Phangan facility resigned in droves following the July story.

Read the story from The Thaiger posted on July 27 HERE.

BREAKING NEWS: The Thai Military & Police have raided Agama Yoga today! Charges have been filed against Swami. Agama has been a ghost town for weeks I'm told…Visit: www.agamajustice.com for news and updates.

Posted by Be Scofield on Tuesday, September 4, 2018

On the website for Agama Yoga they are currently advertising the “ART OF DYING WORKSHOP” which is said to be held between September 24 – 29.

“Learn to understand your own death and its significance, as well as to support loved ones through this transition with spiritual purpose and compassion. Agama draws on the famed Tibetan Bardo Thodol and both modern and Yogic resources to help participants approach death with fearlessness.”

Seems the business may be dying before the proposed September start date.