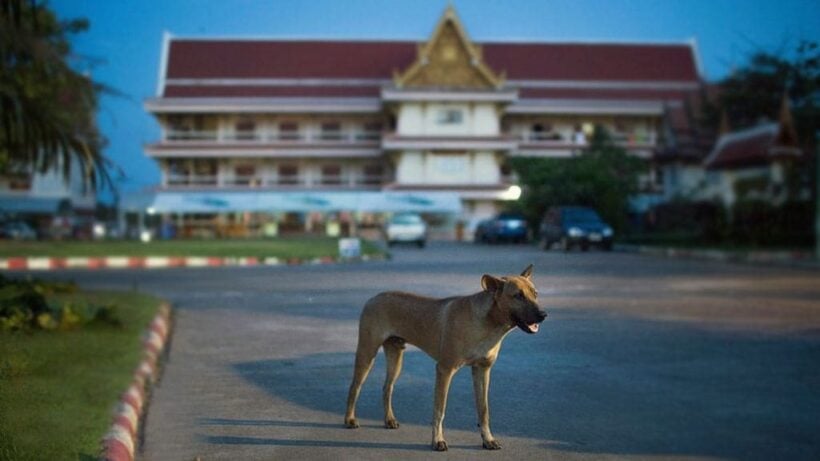 A Tak woman has died of rabies a year after she was bitten by a dog in Surat Thani. This takes the 2018 rabid toll to 16 dead. The latest casualty was reported by the director general of the Disease Control Department. Tao is in Thailand’s north-west, bordering with Myanmar.

Dr Suwanchai Watanayincharoen says he received a report that the 50 year old woman died in Tak during the past week.

He reports that the woman was bitten by a dog on the back of her hand in Surat Thani a year ago and had not received any rabies shot. The director general said the dog has no record of receiving a rabies shot either.

Fifteen of the cases this year have been caused by dog bites, the other from a cat bite.

If you are bitten by a dog or cat, seek medical assistance immediately and try and keep note of the animal that bit you and where it occurred. 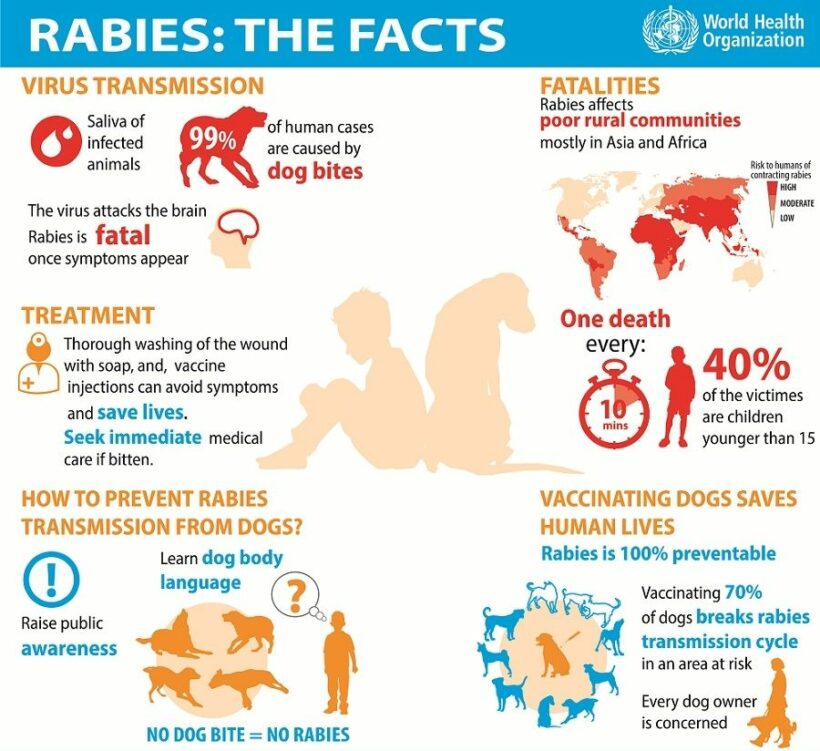