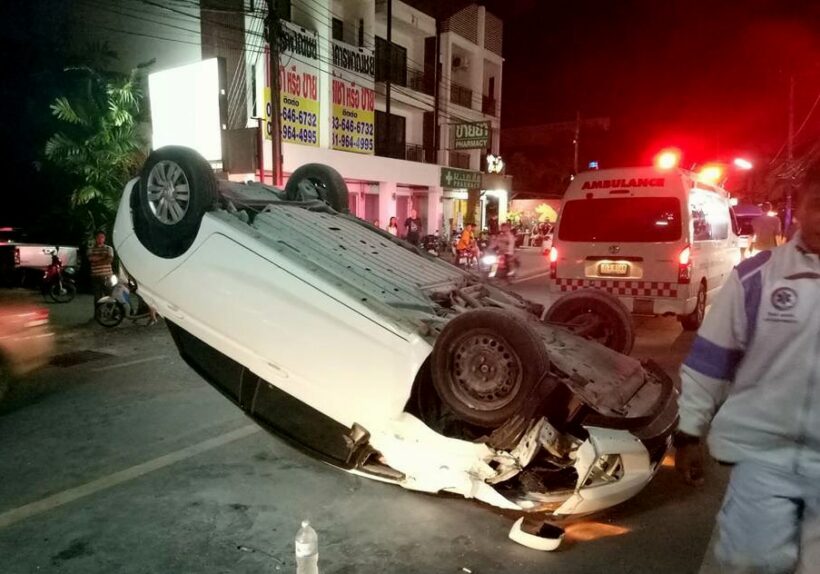 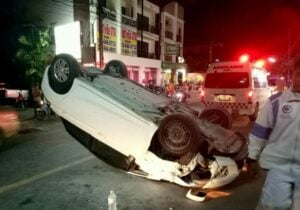 Last night (September 12), at Soi Saiyuan in Rawai, a Russian man named as 35 year old Julian Ranmer crashed his Honda Jazz into the back of a car parked on the side road before flipping it and hitting a motorcycle riding in the opposite lane.

The injured, 36 year old Ampa Noo-on who rode the bike, was found with a wound on her head. Her motorbike was 5 metres away from the flipped car. On the side road, a Mazda CX5 suffered damage to the tyre and wheel cowling.

Julian was tested for alcohol and police found that he exceeded the legal limit. He faces charges which could result in jail time.

Before the accident it’s reported that Julian was driving with his friends along Wiset Road before turning right into Soi Saiyuan at high speed, hitting the Mazda car on the side of the road and flipping his own car over twice before hitting the motorbike.

The injured were sent to Vachira Hospital and the car was removed from the scene after creating long traffic jams. 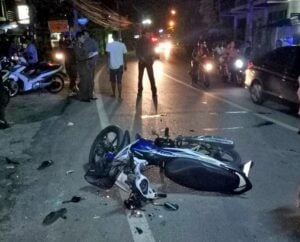 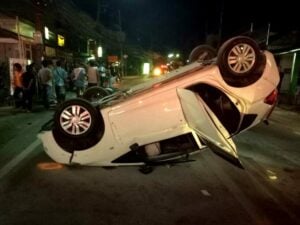