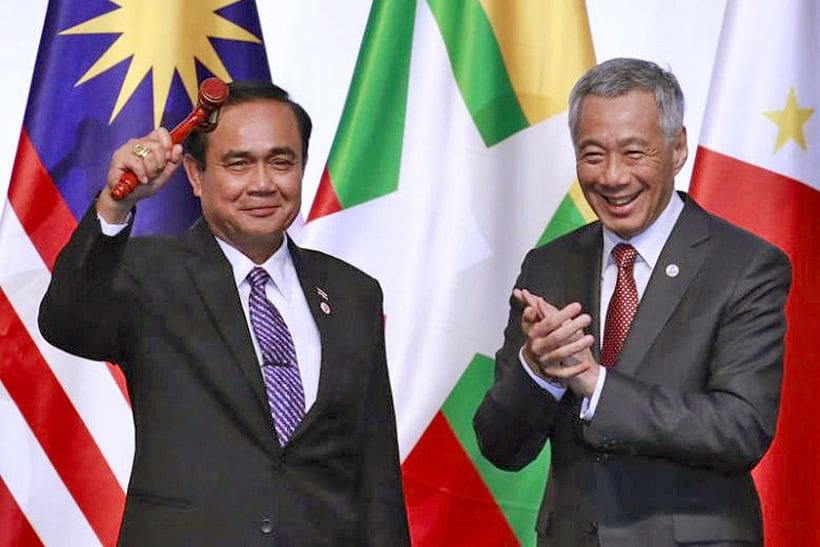 Thailand has taken over the ‘chair’ of ASEAN from Singapore, who has hosted the regional bloc for the past 12 months. The short ceremony took place yesterday following the two day ASEAN summit. The chairmanship is shared equally around the 10 member states of the south east asian trade and geo-political bloc.

Prayut also called on all ASEAN member countries to “collaborate even more closely” on the principles of mutual trust, mutual respect and mutual benefit.

Thailand last held the position of ASEAN host in 2008.