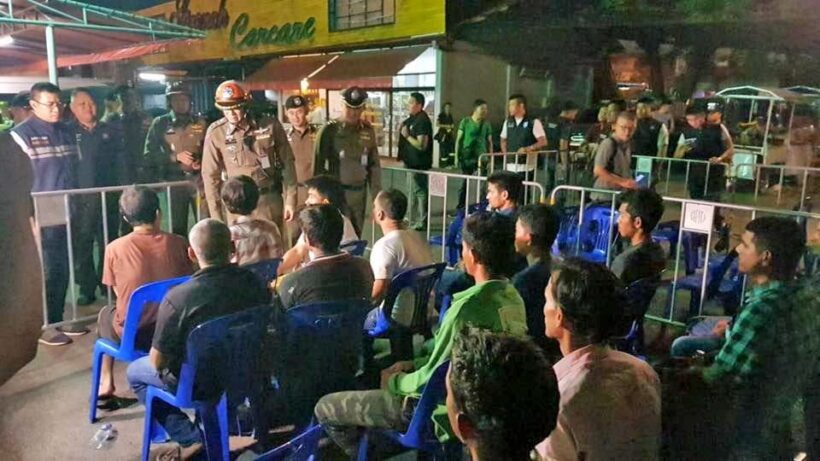 Another 542 foreigners have been rounded-up for deportation after raids, mostly in and around Bangkok.

Police searched 262 locations around the country. Most of the illegal foreigners had been living in Thailand illegally and or committed alleged crimes.

Pol Col Nithithorn Jintakanon, the acting traffic police chief, held a press conference at 2.30am this morning to announce the results of the 25th ‘Operation X-Ray Outlaw Foreigner’.

He announced that 48 foreigners had been arrested for overstaying their visas, 262 for sneaking into the country without a visa and another 232 others on other charges.

This was the 39th crackdown raid on foreigners living illegally in the kingdom – some of the previous operations were called Operation Black Eagle.

Police have logged more than 5,570 searches and arrested 4,773 foreigners. 3,500 foreigners have been blacklisted and deported.