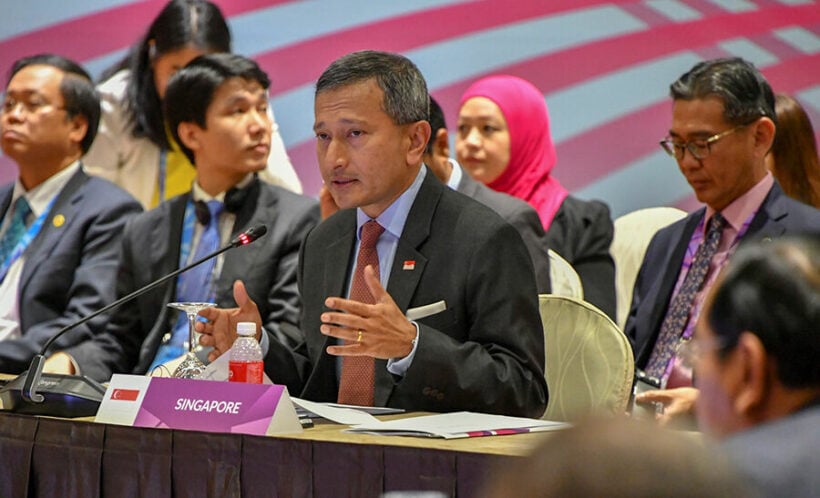 Singapore’s Minister for Foreign Affairs has called on China to do everything possible to persuade Russia to end the war on Ukraine. Vivian Balakrishnan referred to China’s “enormous influence” in a Bloomberg interview, saying the decisions made by the Xi Jinping government in the coming weeks will decide the future of the global economy.

“The big issue now is what decisions and actions China takes. If you get a deepening of the bifurcation of the global economy, of supply chains, of technology, this will be a very, very different world.”

Last month, Singapore became the first Southeast Asian country to impose sanctions on Russia over its invasion of Ukraine. Some of the city state’s biggest banks have placed restrictions on financing for Russian raw materials, including suspending letters of credit in US dollars for trades in oil and liquified natural gas. The national carrier, Singapore Airlines, has also suspended return flights to Moscow, citing operational reasons.

Balakrishnan acknowledges Singapore is not known for imposing sanctions on other countries in the absence of binding United Nations Security Council approval. However, he says the egregiousness of Russian aggression meant the move was necessary.

“We believe we are at an inflection point. Little Singapore is standing up for principles and expressing a hope for the rules of engagement for this new era.”

Balakrishnan described Vladimir Putin’s invasion as, “perhaps even a bigger moment than the fall of the Berlin Wall,” adding that China must now use its influence to persuade Russia to end the war. He says failure to stop the war will result in, “a protracted quagmire for the Russians” and “decades of instability.”

“I hope they will assert their influence with Chinese characteristics, which means quietly and discreetly, but effectively. That’s a hope now. Whether this is wishful thinking on my part we’ll see over the next few days and weeks.”

Bloomberg reports that Balakrishnan dismissed a claim from China that the US wants to create a military alliance, similar to NATO, in the Indo-Pacific region. The minister also described Former President Donald Trump’s decision to withdraw the US from the Trans-Pacific Partnership as a “strategic error”.

“Every time I go to Washington, I continue to make this point that actually, the best thing you could do would be to return to the TPP.”

Expat numbers in Singapore now at lowest level since 2010