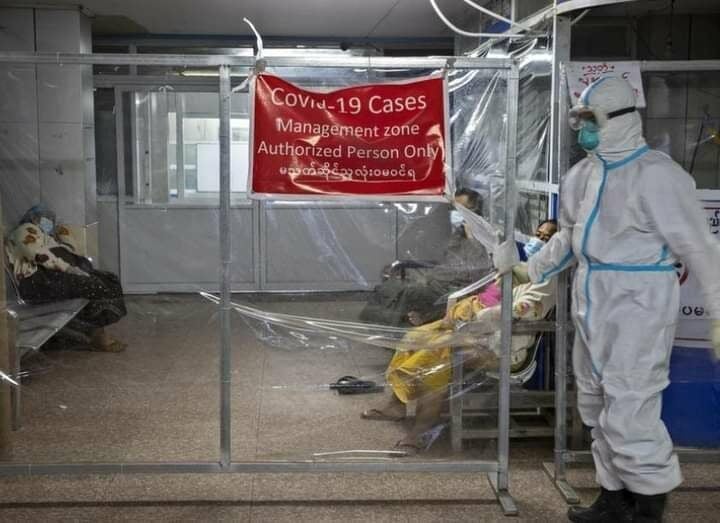 The “deep mistrust” of the military-run government following the February 1 coup, along with the uptick of Covid-19 cases overwhelming the healthcare system, fuel a “perfect storm” of factors that could lead to further deaths in Myanmar, according to UN Special Rapporteur Tom Andrews. The independent expert called for emergency international engagement to address the worsening situation in the Southeast Asian country.

An explosion of Covid cases, including the Delta variant, the collapse of Myanmar’s health care system, and the deep mistrust of the people of Myanmar of anything connected to the military junta, are a perfect storm of factors that could cause a significant loss of life in Myanmar without emergency assistance by the international community.

The highest attainable standard of health is one of the fundamental rights of every human being and that right is being denied to most within Myanmar. The international community must act.

The military took over the civilian government on February 1, ousting and detaining the elected and respected leader Aung San Suu Kyi who had won the election in a landslide. An estimated 700 people have been killed by security forces, some children who were at home or playing outside when troops opened fire in their neighbourhoods. Ethnic troops and rebel fighters opposing the coup have clashed with military forces, with some battles close to the Thai border.

But with a sharp spike in Covid-19 infections over the past month, Myanmar is now in its most severe wave of the coronavirus. Hospitals are overwhelmed and many are in need of oxygen. Andrews says the “junta lacks the resources, the capabilities, and the legitimacy to bring this crisis under control,” adding that “people are dying because of a shortage of medical resources and trust.”

Andrews called for the formation of an Emergency Coalition for the People of Myanmar. He had made the same call earlier this month at a Human Rights Council in Geneva. He says the international community must step in to form a non-government, non-junta Covid-19 response initiative. The plan needs to include a vaccination programme that people trust and there is a need for life-saving aid for coronavirus patients in Myanmar, Andrews says.