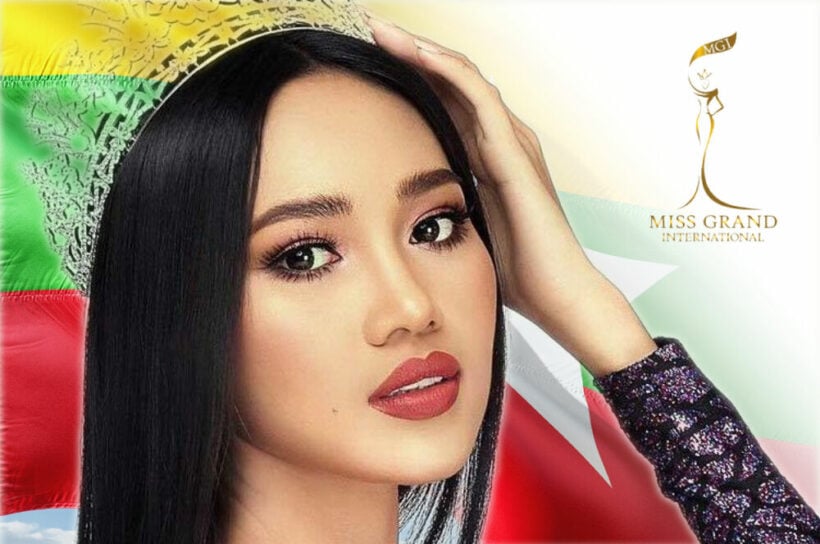 Miss Grand Myanmar (from the Miss Grand International pageant) will remain safely in Thailand for the next 3 months after her passionate plea for international aid to the people of Myanmar. During the recent Miss Grand International pageant, Miss Grand Myanmar, Han Lay, called for global attention to the continuing Burmese crisis following the February 1 military coup. Han Lay will stay in Thailand under the care of the pageant organisation for at least the next 90 days to keep her safe after speaking out against the coup and military leaders.

The beauty queen said that she had to speak out as a Burmese citizen, to bring awareness and reach out to the world for humanitarian aid. She believes that her speech during the pageant Saturday brought the turmoil in Myanmar to many people’s attention. Millions have viewed her plea across social media platforms.

“Before my speech, they only knew that there was a military coup, but they didn’t know how many people were being killed or suffering in her country. I want to say thank you so much for supporting Myanmar. Myanmar citizens cannot do anything, they can’t stop the military. Right now we are calling for help from the international community, we need the UN to help very urgently.”

The Miss Grand International management will apply for a work permit for Han Lay to continue her work in Thailand, and she may later seek refugee status. The pageant organisation will be supporting her costs to stay.

Speaking out against the military and returning to Myanmar could lead to her arrest and imprisonment, but for now, Miss Grand Myanmar has refuge in neighbouring Thailand. Han Lay says she believes her family is safe. The coup and violent crackdown on protesters have led to a crisis at the border with refugees seeking safe haven in Thailand.

The Thaiger has also been reporting on the increase of drug trafficking across the unstable border.