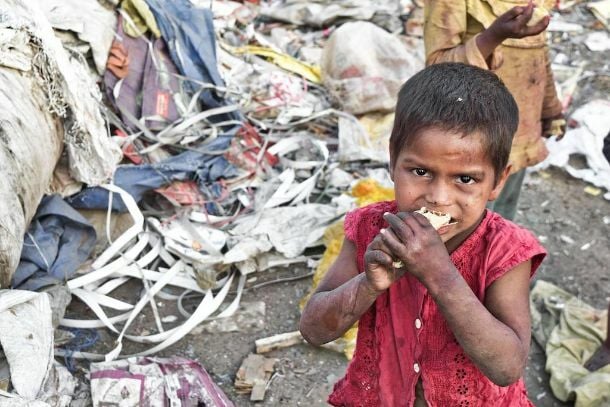 PHOTO: Burmese hunger on the rise as food prices soar and unemployment swells. (via Food For Life)

As clashes between the military who took over the country in a coup Feb 1 and protestors in cities and insurgents in the countryside rage on, prices on necessities like food spike and many are going hungry in Myanmar. People who could once afford healthy, balanced meals of pork and vegetables and rice are now scraping by simple cheap foods like dried fish, fish paste, stringy vegetables, or even just rice with salt for the poorest people. The combination of jobs being lost during continual uprisings and civil unrest, and the effects on imports and exports driving up the costs of basic goods has plunged the country into a humanitarian crisis.

Banking systems have been frozen, internet spotty, all major economic driving forces stagnant since the military seized power and jailed civilian leader Aung San Suu Kyi. Even those lucky enough to have savings may spend all day in a queue waiting to withdraw any. Factories and businesses all over the country have shuttered in the wake of the civil unrest, as even travelling around cities to work can be dangerous as military strikes down protesting groups and civilians seemingly indiscriminately. Limited access to savings, inability to work, and climbing food prices have created a crisis for the Burmese people.

The World Food Programme warns of economic strife and food shortages. Myanmar normally has a healthy export business, shipping out staples like fruit, rice, and beans, but international trade has been killed off by the military coup. Prices are skyrocketing, with remote areas like the Kachin state on the Chinese border seeing 50% spikes in rice. And a 30% rise in fuel prices means the cost of distributing products has increased, leading to even higher food prices.

With food prices rising and so many unemployed, even those able to keep simple restaurants or food stalls open are struggling to find customers that can afford to eat. One local food seller said that even after dropping the price of a modest meal to the equivalent of less than 10 Thai baht, people cannot spare what limited money they have. With no indication of when things might return to anything resembling normal, many have doubts of when they will find work again and dare not spend any money.

The WFP predicts up to 3.4 million hungry people within the next 6 months. They are ramping up to triple their emergency food assistance programmes, while local community food donation projects are finding many desperate people in need in Yangon, unable to afford soaring food prices. People have lost their jobs, even their homes, and are often squatting and looking for these food handouts to survive each day, with no control over the volatile civic and political activities in their country, and little hope for improvement any time soon.

Myanmar coup and crisis cause major damage to its economy