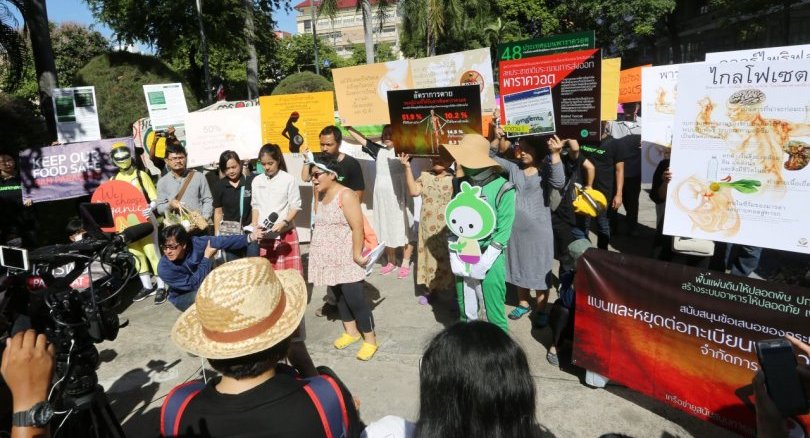 Anti-paraquat protesters are going to rally out the front of Government House today.

Around 300 rubber planters are set to join members of a network of organisations protesting against anti-hazardous substances being allowed in Thai agriculture. They say they are protesting against the continued use of the agro-chemicals paraquat, chlorpyrifos and glyphosate.

President of the association of rubber planters, Sunthorn Rakwong, says that rubber planters and members of the anti-hazardous substances network will meet with Agriculture Minister Krisda Bonrach in the afternoon after the rally. They say they want to discuss the recent decision of the Hazardous Substances Committee allowing the continued use of paraquat, chlorpyrifos and glyphosate.

The Ministry says the decision to allow the use of the chemicals was unanimous but will be under tighter regulations and controls. The Ministry also claimed that a ban on the chemicals would increase rubber farming cost by 20%, a number the protesters dispute.

She said the representatives from more than 300 other organisations would join her network in the rally.

Vitoon Lienchamroon from the organisation  BioThai says they’re seeking support from the minister in their demand for a review of the decision over the used of hazardous substances in Thai farming.

Protesters are also calling on the public to join them in opposing the continued use of the three hazardous agro chemicals.

At present, 53 countries including Laos and Cambodia, have banned paraquat.