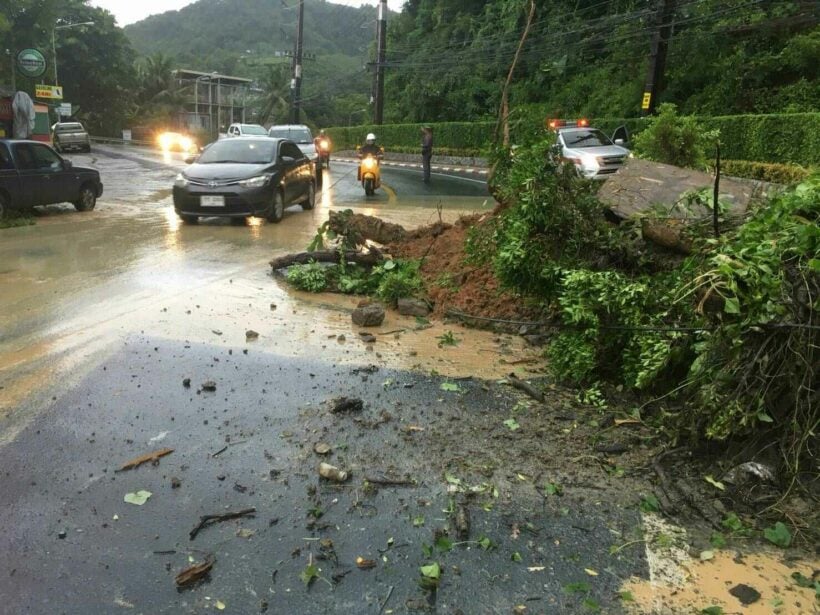 Just south of the Heroines Monument, Thepkrasattri Road was flooded in front of the Muslim Wittaya Phuket School in Koh Kaew.

In Kathu there was flooding on a chaotic Phra Phuket Kaew Road. Adding to this morning’s traffic woes were the daily drop-offs on the same stretch of road.

In Thalang there was flooding in front of Thai Watsadu hardware store and the Thalang Pranangsang School.

In Kamala, water from the hills was flowing through a village in Moo 3 where some houses have been flooded.

There was also a landslide in Kamala – on the Patong Road near the U Zenmaya Phuket Resort but it didn’t block the traffic. Officials were quickly on hand to direct the clean-up and direct traffic. 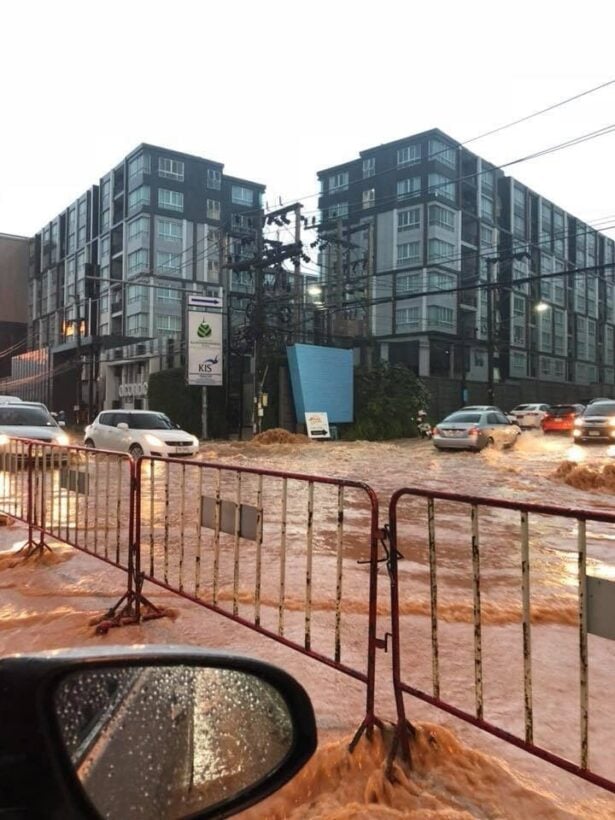