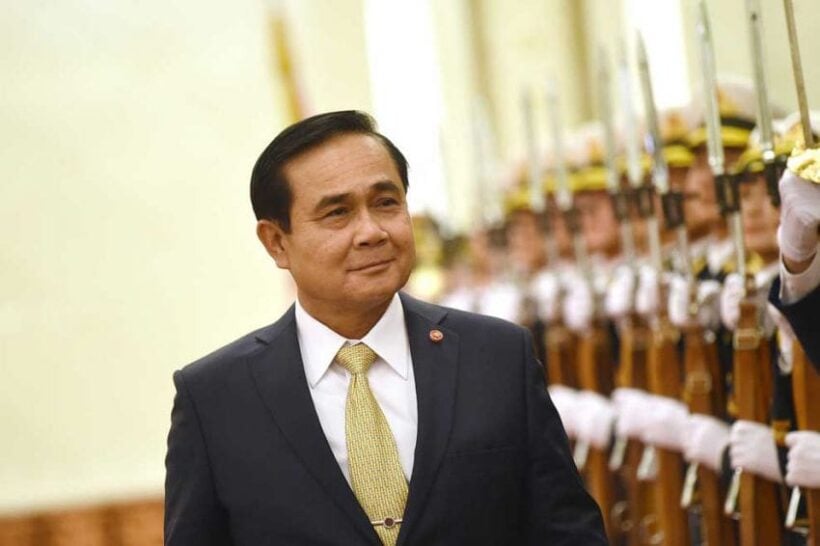 The PM is starting to surround himself with more politicians and fewer Army people in the lead up next year’s planned election. The PM, who has always described himself as ‘not a politician’, is showing all the signs of strategically aligning himself with the right people to make him a choice as ‘outside PM’ should the new lower house not be able to choose a Prime Minister following the election.

With the new range of political party choices – old and new – and a loaded constitution which favours the election of an outside PM, Prayut is starting to align himself as the ‘natural choice’ should the opportunity arise. The more parties that field candidates for the forthcoming election, the greater the probability of the need to elect an unelected person as the ‘outside PM’.

Thai PBS is reporting that two Phalangchon party core leaders have appointed political advisors of the PM by the Cabinet yesterday.

The appointment of Mr Sontaya Kunplome, leader of Phalangchon party and former tourism and sports minister and Mr Itthipol Kunplome, former Pattaya City mayor, as political officials was proposed by the secretary-general of the Prime Minister and endorsed by the Cabinet.

PM Prayut says he needs the two politicians as his advisors because they are well versed in politics and can provide good advice to the government and the NCPO.

“I find it necessary to have these men to give me political advice for the national administration. I want to hear from them what they think about what we have done. I did not appoint (them) for other interests,” said the PM.

The Cabinet also approved a reshuffle of several senior officials of the Finance Ministry as follows:

Phuket airport runway to be closed for maintenance