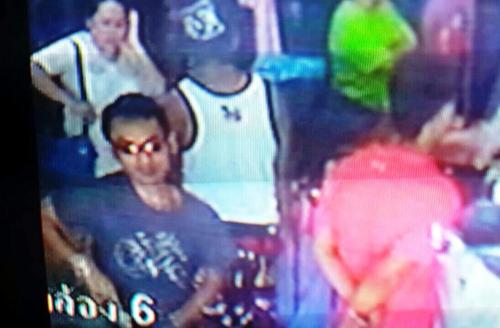 PHUKET: A 24-year-old man was shot in Patong over a love-triangle dispute yesterday afternoon.

The victim, Worrawut Thaweeapideeserm, was rushed to Patong Hospital with a bullet wound to his shoulder.

“After initial treatment, he was transferred to Vachira Phuket Hospital to have the bullet removed,” said Pattapee Srichay of the Patong Police.

“This was a crime of passion. Mr Wanchit suspected his girlfriend was having an affair with Mr Worrawut,” he explained.

Police learned that Mr Wanchit made an appointment with Mr Worrawut to sort out the problem at Bigball Fashion shop, a shirt shop on Rat Uthit 200 Pee Road in Patong. Mr Wanchit arrived with two friends.

“When they failed to come to an agreement, Mr Wanchit lost his composure, pulled out a home-made gun, fired off a round at Mr Worrawut and fled,” Officer Pattapee said.

“We are now searching for Mr Wanchit,” Officer Pattapee stated.