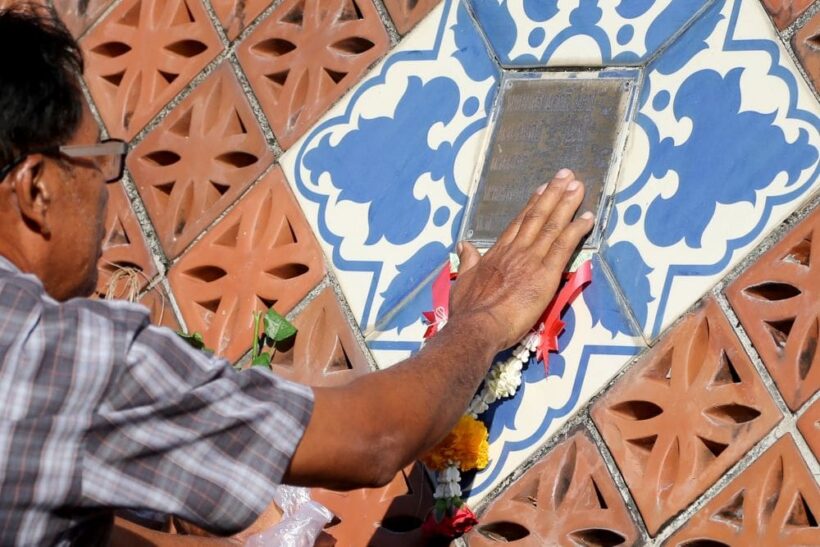 Services remembering the tsunami victims were held in six southern coastal provinces of Thailand, because they all shared in this tragedy.

On the 14th anniversary of Thailand’s only recorded tsunami, relatives of those killed by the waves gathered yesterday to remember their loved ones.

“I lost 11 family members in that tsunami and I could not locate all their bodies,” Pranee Kaewdecha said, as she brought white roses to a tsunami memorial at Ban Nam Khem in Phang Nga province. She said laying flowers was the only thing she could do to have the feeling as if her family members were still with her.

Ban Nam Khem was among the hardest-hit spots when giant waves crashed onto the shores of Thailand’s Andaman provinces on December 26, 2004.

After the waves disappeared, more than 5,000 people were also gone.

“I have decided to never step into seawater again because the sea took away my four year old child,” said a grief-stricken mother.

David Rucker, an American, said he still could not get over the heartbreaking loss inflicted by the tsunami on Thailand. While his family members and close friends were visiting Phang Nga, devastating waves hit and killed them.

“Because of what happened, I have come here every year to mourn the passing of my loved ones,” he said.

In Krabi’s Muang district, more than 500 people gathered to make merit for those who died on what much of the world calls the Boxing Day Tragedy. Religious services were conducted based on Buddhist, Christian and Islamic beliefs.

“We come here not only to remember those who are gone but also to keep in mind that one should be well prepared to deal with natural disasters that may arise,” Deputy Krabi Governor Somkuan Khan-ngern said.

In the aftermath of the deadly waves, early-warning towers have gone up in Thailand.

According to him, each tower’s warning signal can cover an area within a radius of one or two kilometres. The signal is tested every Wednesday.

“Our early-warning system for a tsunami threat is 100 per cent efficient,” Praphan said.

He said if a tsunami threat was detected, the National Disaster Warning Centre would issue an early warning and people in risky areas would be evacuated. Praphan added that evacuation routes had already been prepared to ensure swift action in times of emergency.

The memorial services in Phuket attracted people of various nationalities including Chinese, Japanese, Americans, Australians and Germans. Some more intimate beach memorials were also held by groups of friends.

Although Thailand has not yet seen another tsunami, tsunamis have hit its neighbouring Indonesia several times this year. The latest tsunami tragedy to strike Indonesia took place last Saturday, killing hundreds of tourists and locals. 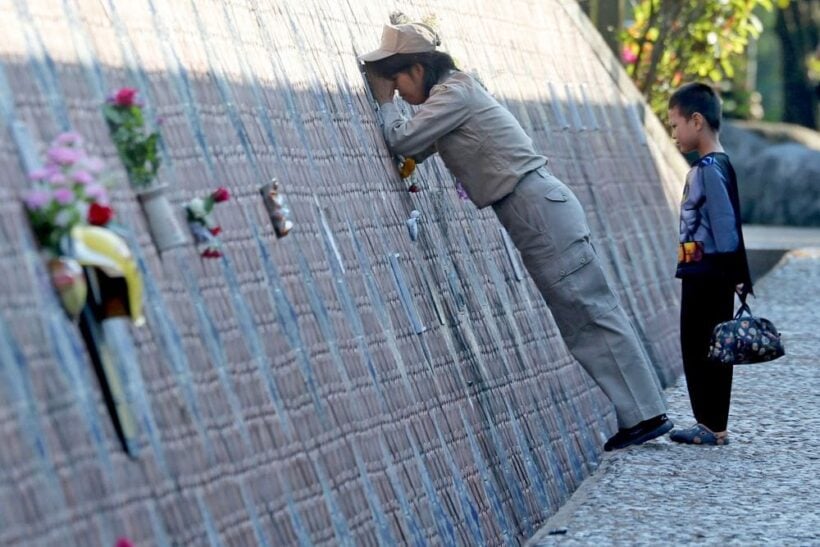 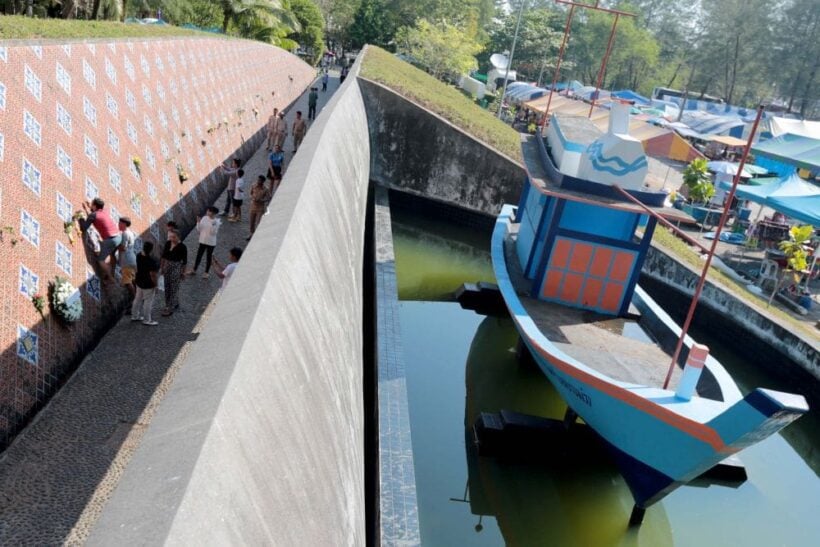 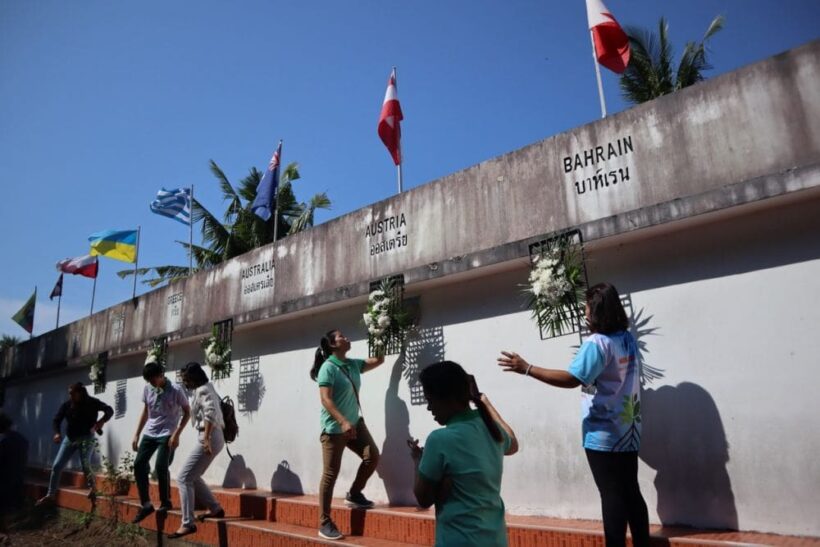