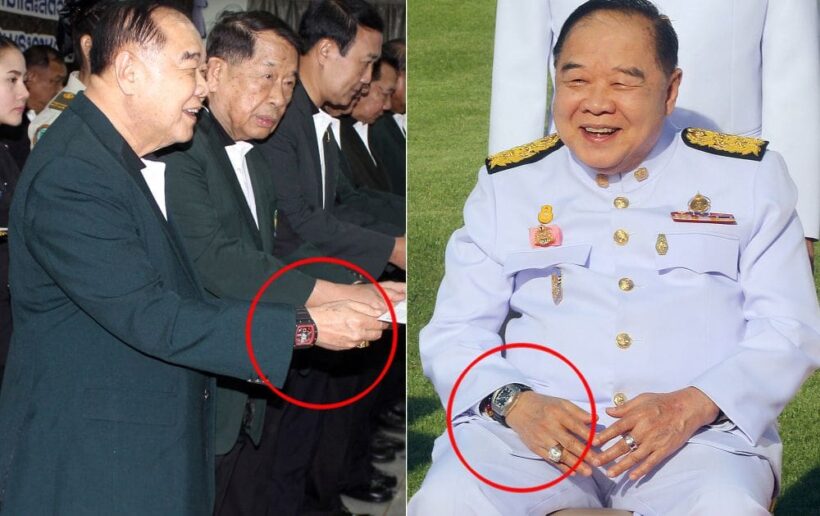 Uncertainty over the fate of Deputy PM Gen Prawit Wongsuwan continued yesterday after the country’s anti-graft watchdog failed to deliver its report on the probe into Prawit’s collection of luxury wristwatches.

The National Anti-Corruption Commission (NACC) was scheduled to discuss the case and make a decision on the matter yesterday but postponed its meeting yet again, because a commissioner had called in sick.

NACC secretary-general Worawit Sukboon said his agency had its hands full and did not have time to discuss the issue yesterday. He only said the matter would be discussed today, adding that commissioner Sathaporn Laothong had taken sick leave yesterday, making it impossible for a decision to be made on the case.

The controversy erupted last year when Prawit was spotted wearing a Richard Mille designer wristwatch said to be worth nearly 3 million baht.

Observers immediately began questioning how Prawit could afford such an expensive watch with his income as a retired general.

It was later discovered that he had not declared the item to the NACC when he became a Cabinet member. Netizens eventually dug up old photographs showing the general appeared to own numerous expensive watches.

He had been flaunting at least 22 luxury wristwatches, with their combined worth estimated at more than 20 million baht.

Prawit was also pictured wearing a diamond ring, which again was not reported to the NACC in his asset declaration. The general said the ring belonged to his parents and the watches were lent to him by a long-time collector friend.

Earlier yesterday, Prawit maintained his story about the luxury wristwatches. “Truth is the truth. I see no reason for people to attack me about this,” he told reporters.

The deputy premier reiterated that he had returned all the watches to their rightful owners, referring to the children of his “deceased friend”.