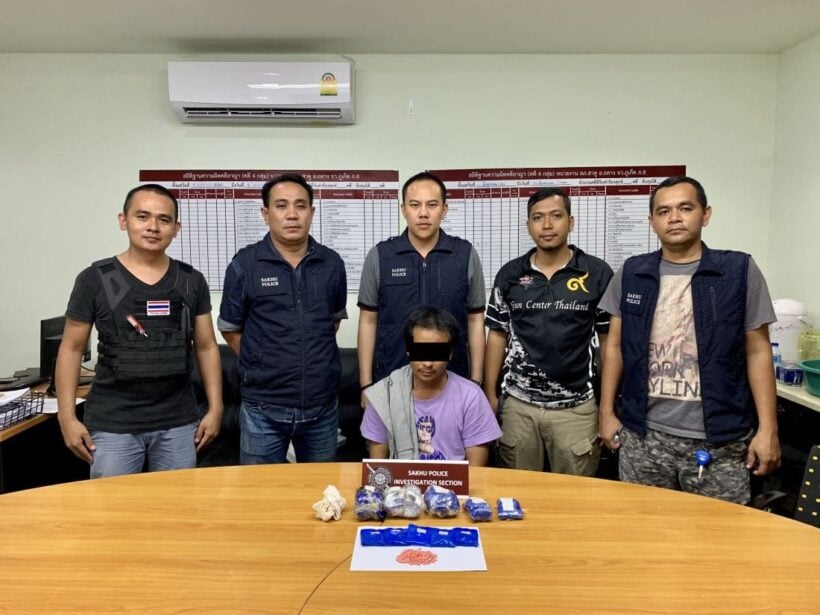 Police have arrested 36 year old Nikorn ‘Mui’ Jantawong from Phuket. Police seized 8,498 methamphetamine pills. He has been charged with illegal possession of Category 1 Drugs with intent to sell.

The arrest came after police received a tip-off that Nikorn was selling drugs in the area. Police arrested him at a rental room in Sakhu.

The have been charged with illegal possession of Category 5 Drugs. 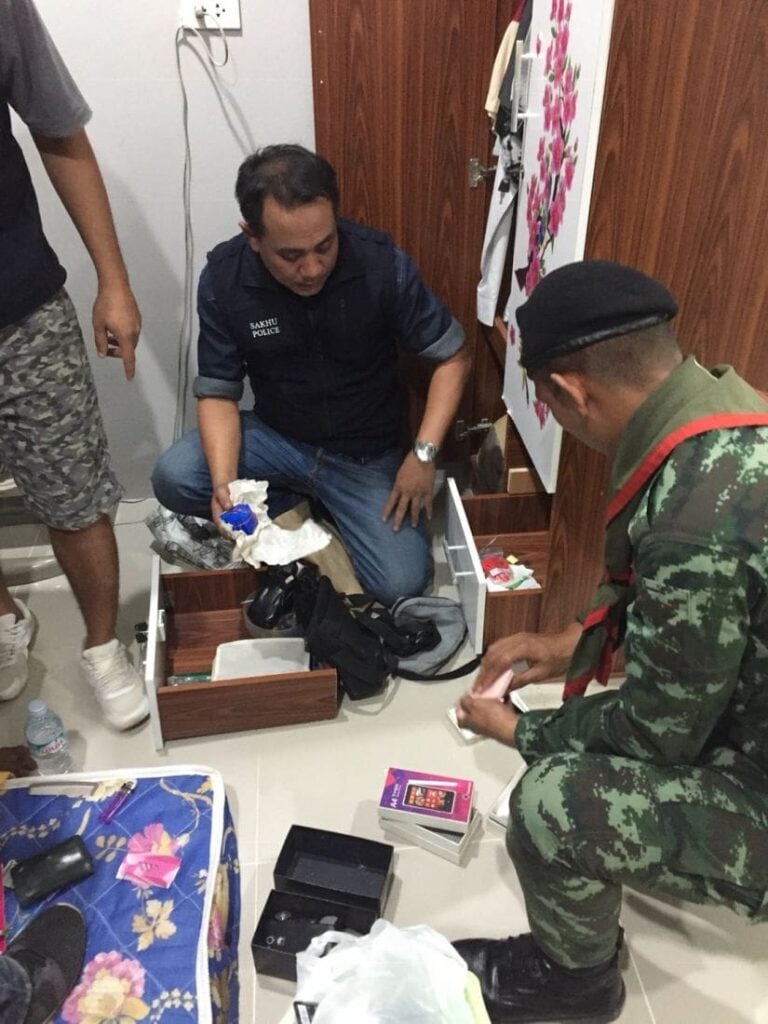