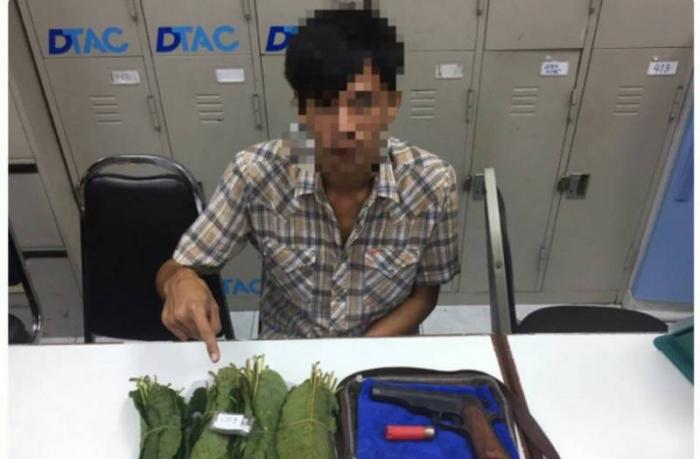 PHUKET: A suspect wanted for shooting and injuring a boat crew member last week was arrested yesterday in Rassada.

The victim, named Suchat Hetthong, was injured when a heated argument led to a shootout at his home near Koh Sirey Bridge (story here).

“Our investigations led us to arrest one of the suspects, named Parin Supalak, 18, at his rented house in Rassada yesterday,” confirmed Lt Col Naruebadin Pangleesen of Phuket City Police. “He was arrested with 290 grams of krathom leaves, 6.5 grams of marijuana, a homemade gun and one bullet casing.”

After interrogation, Mr Parin confessed that he, together with a friend named only as Jo, shot Mr Suchat.

He also admitted that he wanted to help his uncle, who was the speedboat captain involved in the argument that led to the shooting.

“At this stage, we have charged Mr Parin with drug possession, but have yet to charge him for the shooting, as we are searching for more evidence in order to find Mr Jo,” said Col Naruebadin.