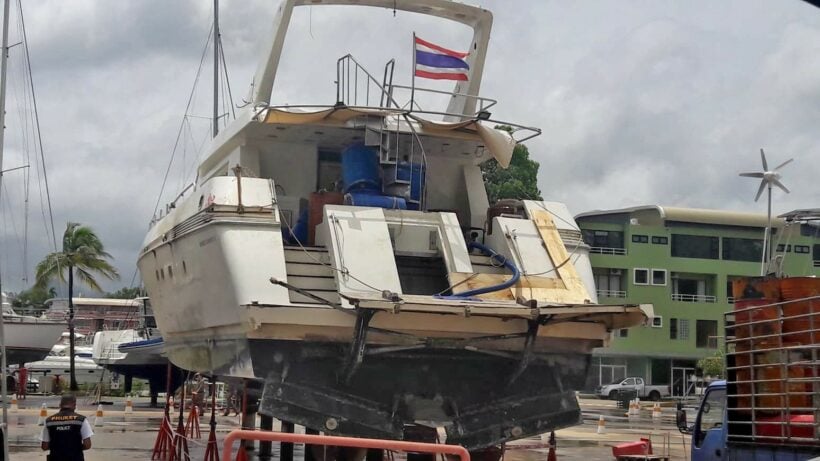 A law suit has been filed against the Serenata’s boat captain and the Chinese marketing manager of the company that owns the yacht. The Serenata was found to be of alleged ‘defective maintenance’.

Serenata sank on the same day as Phoenix, July 5, but didn’t suffer any casualties with all passengers saved.

Phuket’s Provincial Police commander Maj Gen Teerapol Thipjaroen says… “for Serenata, a criminal case has been bought against the 56 year old boat captain Maeta Limsakul for committing an act of negligence causing grievous bodily and mental harm to other persons.”

“While the 26 year old Chinese Pang Daxian, the marketing manager assistant of Lazy Cat Travel Company, has also been charged with committing an act of negligence causing grievous bodily and mental harm to other persons.”

“After the Serenata was checked over experts found that the boat was defected from alleged ‘reckless maintenanc. More charges are been filed.”

Serenata has been on hard stand at Boat Lagoon since it was salvaged.

Man arrested with drugs (not very well) hidden in his underwear