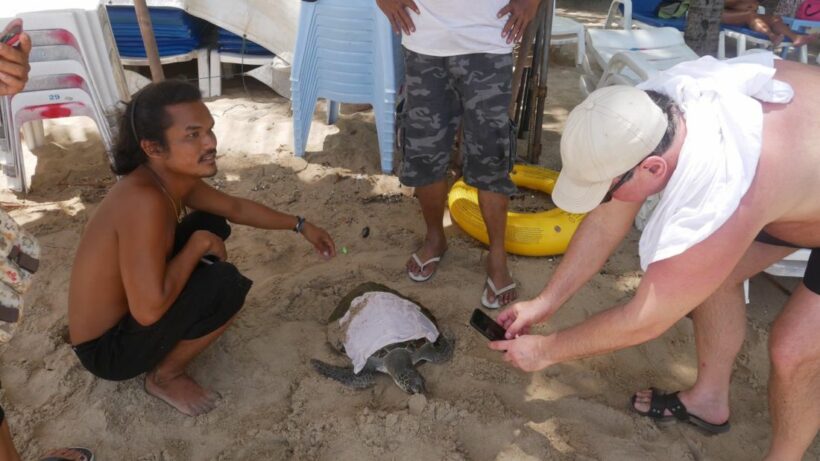 A sea turtle has been rescued after being washed up on the shores of Kamala beach.

Tourists who were walking along the beach discovered the beached turtle. They informed beach vendors. Kusoldharm rescue workers were then contacted and headed to the scene.

The turtle was still alive but was weak and becoming dry as it has been sitting under the sun for long time. They helped to bring the turtle onto the beach and used a wet towel to cover it and keep it moist.

The turtle was 14 centimetres wide, 22 centimetres long and weighed about five kilograms. It is believed that the turtle is an Olive Ridley sea turtle.

Rescue workers took the turtle to the Phuket Marine Biological Centre (PMBC) at Cape Panwa where it will continue to recover under observation before being released back to the sea. 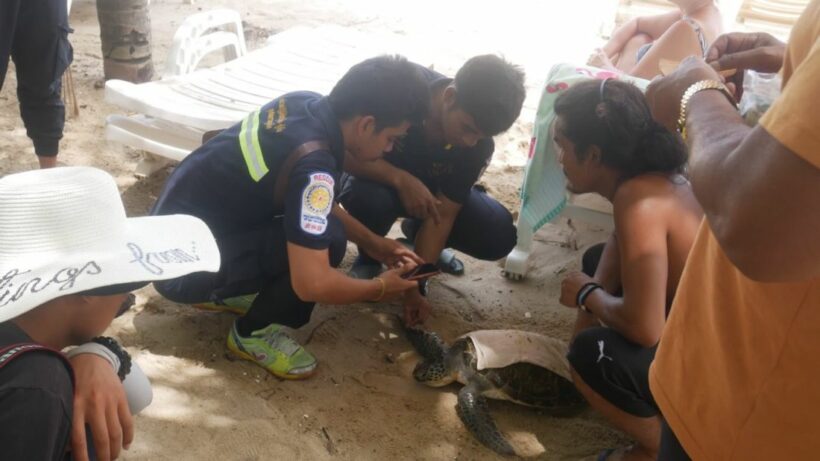 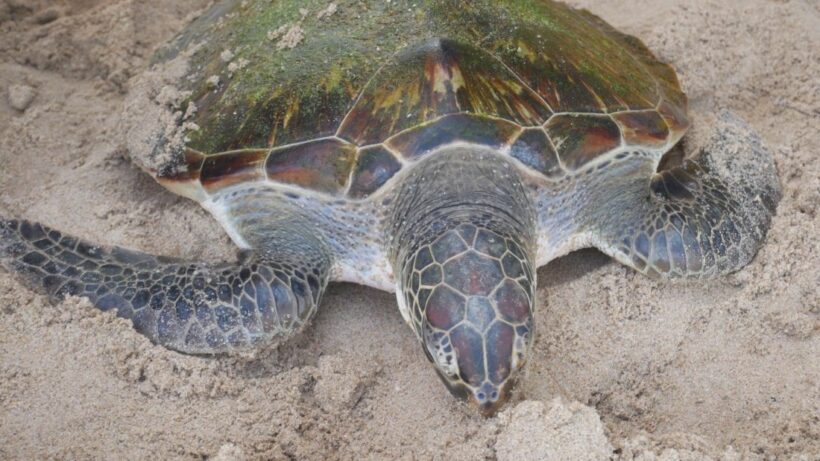 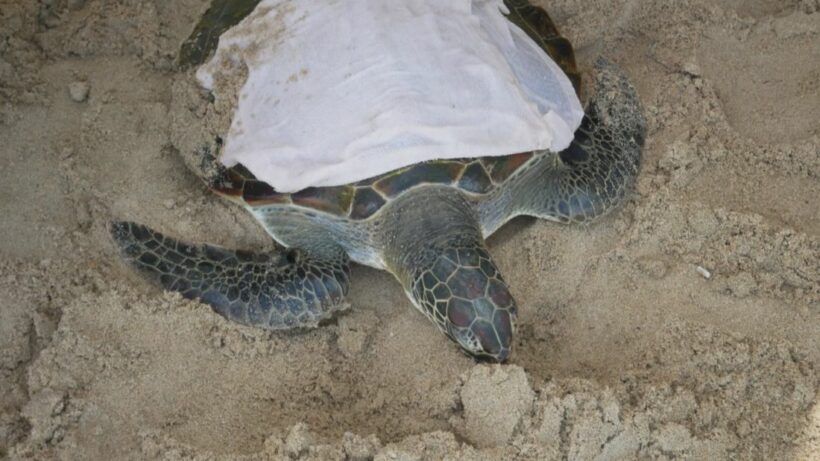 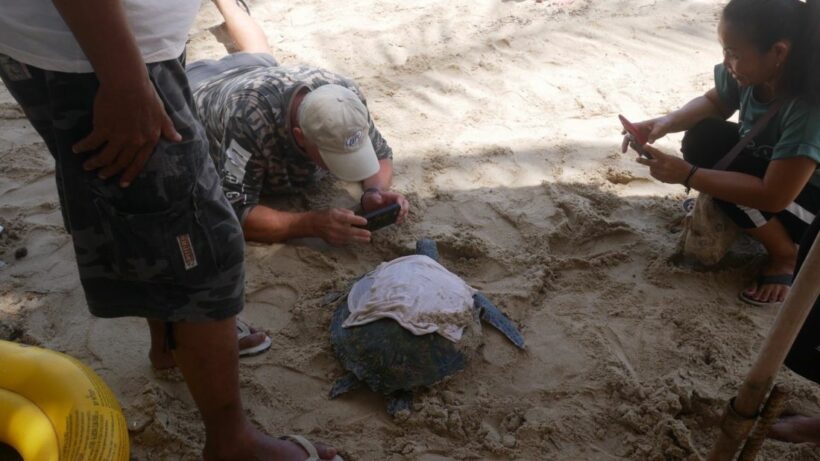