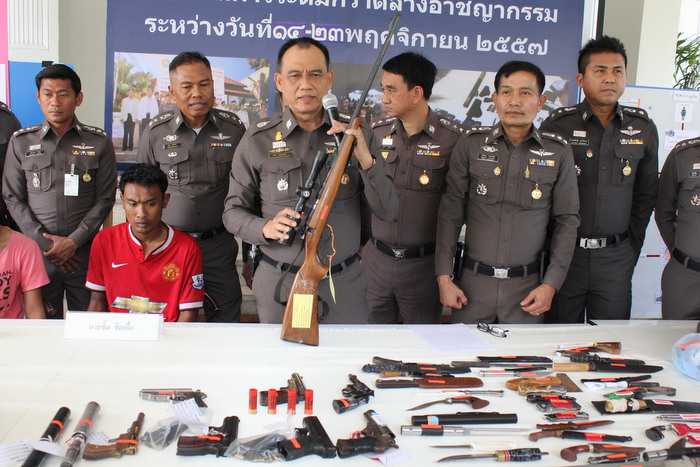 “We must maintain Phuket’s good image and uphold the policies of the Royal Thai Police. It is our job to keep everyone safe and to prevent crime,” Phuket Provincial Commander Patchara Boonyasit told a press conference yesterday.

“We must build up our prestige as a host of international events, such as the Asian Beach Games.”

Gen Patchara explained that 143 cases were cracked during the Games, during which 160 suspects were arrested.

Gen Patchara also reviewed the results of a crackdown from November 1-7.

“When I took this position, I promised that I would protect people in Phuket from crime. That promise still stands.”