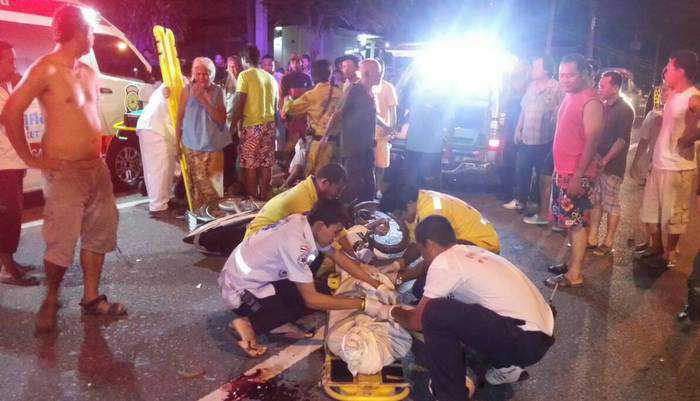 PHUKET: A Phuket man riding a motorbike at high speed died instantly, after he crashed into the back of a 10-wheeled truck last night.

The accident, near Baan Mak Prok in Thalang, took place near a u-turn on Thepkrasattri Road at about 9.30pm, Lt Thanom Thongpan of the Tah Chat Chai Police told the Phuket Gazette.

“According to witnesses, 37-year-old Ko Talaeluek was travelling at high speed and didn’t appear to see the slower-moving truck until the last second,” said Lt Thanom.

“He braked, but lost control of the bike and crashed into the back right-hand side of the truck.”

Mr Ko was not wearing a helmet when he crashed.

The truck driver, Sien Puaksaard, 67, said that he was unaware of what was happening until he heard a loud noise.

“I pulled over to the side of the road and walked round to the rear of the truck, where I saw a man lying next to a motorbike on the road – the man was not moving,” said Mr Sien.

Police said that they would question Mr Sien further, but no charges would be brought against him.