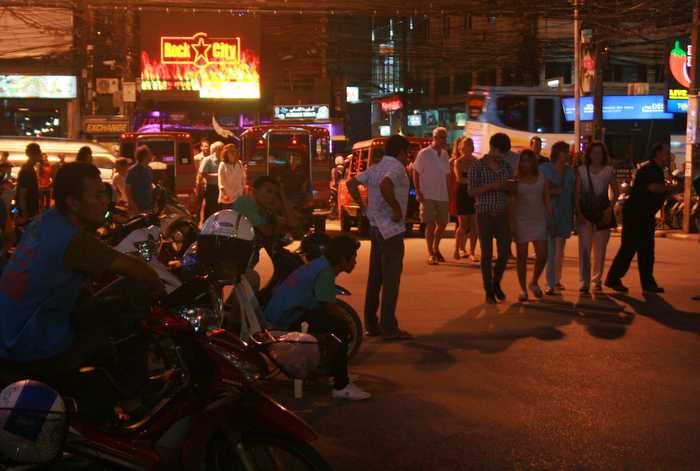 PHUKET: Russia’s economic crisis is expected to squeeze the hotel and tourism business in Thailand – especially in Pattaya and Phuket – through the current high season and first quarter of next year.

“Pattaya has been like a second home for Russian tourists and long-stay guests for many years. They have been contributing huge income to the country’s economy. But average hotel occupancy in the seaside resort [town] today is falling to 70 per cent from more than 90 per cent last year,” Supawan Tanomkieatipume, vice president for marketing at the Thai Hotels Association (THA), said last week.

Pattaya, which is said to be the most popular destination for Russians, has been suffering from a drop-off in arrivals since early this year due to the Russia’s economic problems and the recent plunge in the value of the ruble.

Pattaya is expected to continue feeling the pinch at least until the end of March.

Two years ago, Russian visitors began to flock to Phuket as their new destination, but the island is experiencing a similar slump this year.

Russian tourists reached 1.4 million from January-November. However, December looms as a tragedy as hotel operators in Pattaya have reported that Russian guests are down 50 per cent from last year.

Thailand welcomed 1.7 million Russians last year. For years, the Russian market has ranked as the third largest source of tourists after China and Malaysia.

During the first 11 months, the Association of Thai Travel Agents reported that Russia accounted for the second biggest source after China, with some 427,342 visitors. However, that was a 26-per-cent decrease from 585,022 at the same time last year.

Juthaporn Rerngron-asa, deputy governor for marketing for Europe, Africa and the Middle East at the Tourism Authority of Thailand (TAT), said that the economic problems in Russia would continue to hinder arrivals through this year’s peak season.

The TAT also predicts that the Japanese market will continue to slow due to economy instability. The agency said that it would revise its marketing plans by initiating urgent efforts to boost visitors from other short-haul markets such as China and Asean countries to substitute for the Russians.

The Mr Suwapan said that the MICE – meeting, incentive, convention and exhibition – business mostly from Western markets would not recover by the end of next quarter as many companies still fear unrest under military rule.

The THA also reported that average hotel occupancy during the year-end period at major destinations like Bangkok, Phuket, Hua Hin, Samui and Chiang Mai is running at 80 per cent, which is better than last year, but not as good as expected. However, business in second-tier cities such as Chiang Rai, Kanchanaburi and Krabi had improved thanks to more bookings from local travellers.