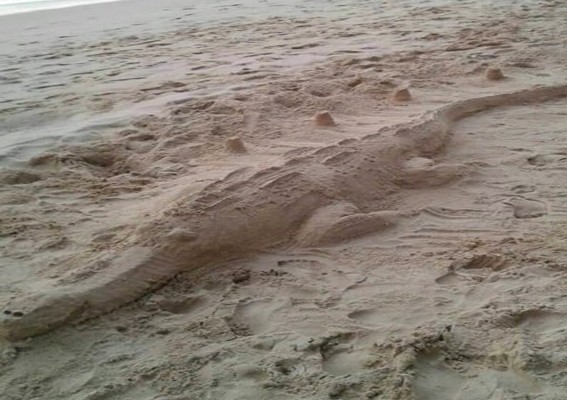 Karon Deputy Mayor says, “Last night we didn’t see the crocodile. It was last seen in the waters off Karon Beach near the Karon roundabout at 5.30pm yesterday (July 22).”

Leader of the Kraithong Loomnam Tapi Nikhom Suksawat (crocodile catching team) says, “The crocodile has swum with the aid of the northern water currents, simply by floating on the water surface. So every beach needs to keep patrolling. The crocodile is stopping on beaches to take a rest as it might be tired with the strong winds and waves. We have a cage ready to trap the crocodile when it lands on any beaches.”

However beachgoers are being told not panic about the crocodile as authorities have many people patrolling the beaches from the shores and the skies as well as fishing boats trying to find the reptile. 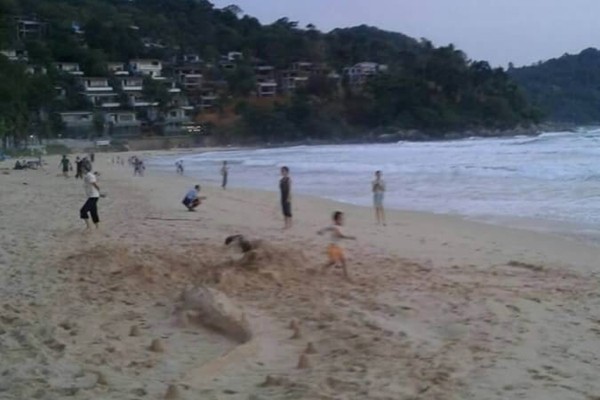 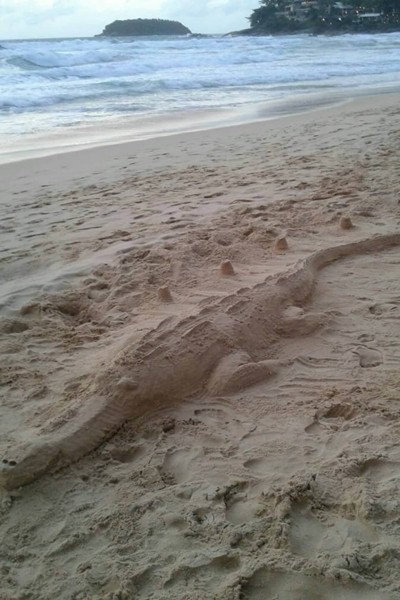 Four Dubai tourists pulled out of the Nai Harn surf