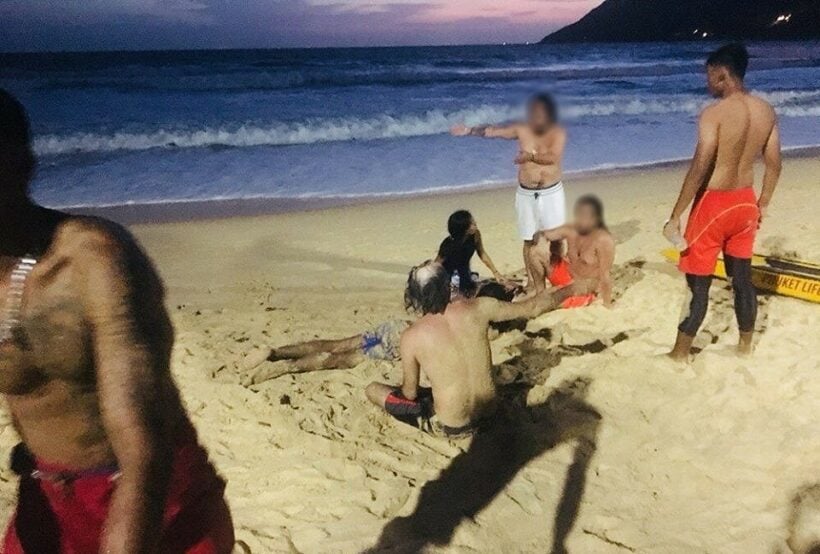 Four male tourists were dragged from the surf off Nai Harn beach after getting into difficulty in waves last night (July 22).

The head of Nai Harn Lifeguards, Jula Nontree, says, “The incident happened at 7pm (just after sunset) after we had finished our official working hours at 6.30pm. Luckily there were some lifeguards who were still relaxing on the beach.”

“Four male tourists went into the water while red flags were still up. Four of them were in difficulty in swirling currents as there were strong winds and waves throughout the day.”

“Nara Rattanarak, Wanchai Tongyu and Chollatis Nontree who are Nai Harn Lifeguard went into the water to rescue them and brought them back up on to the shore. All four had choked on a lot of water – two of them have been taken to a hospital.” 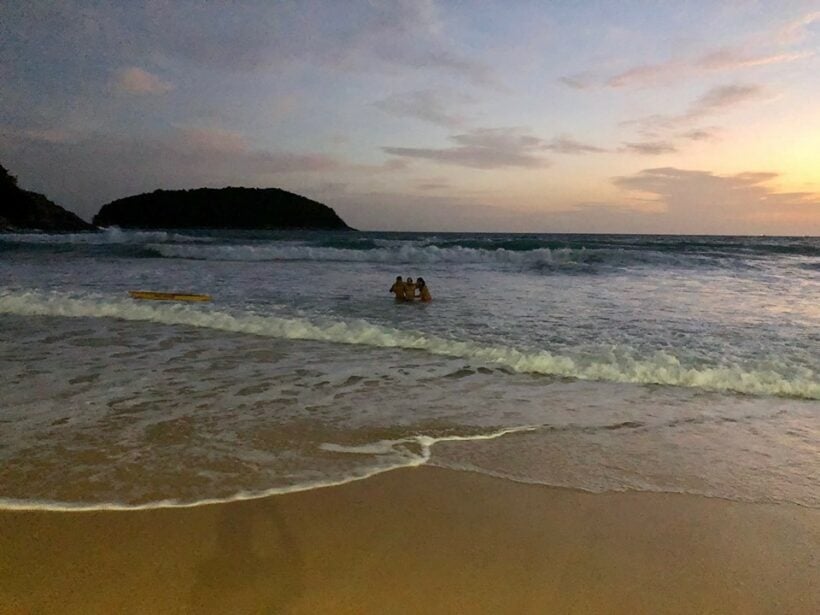 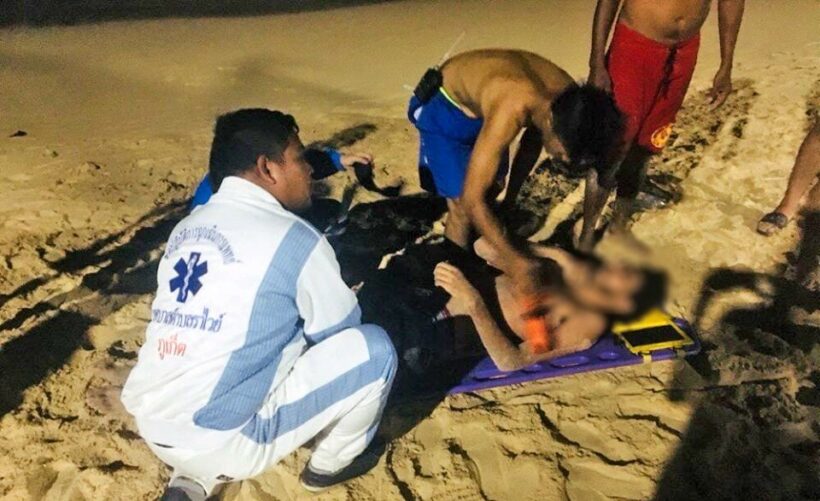 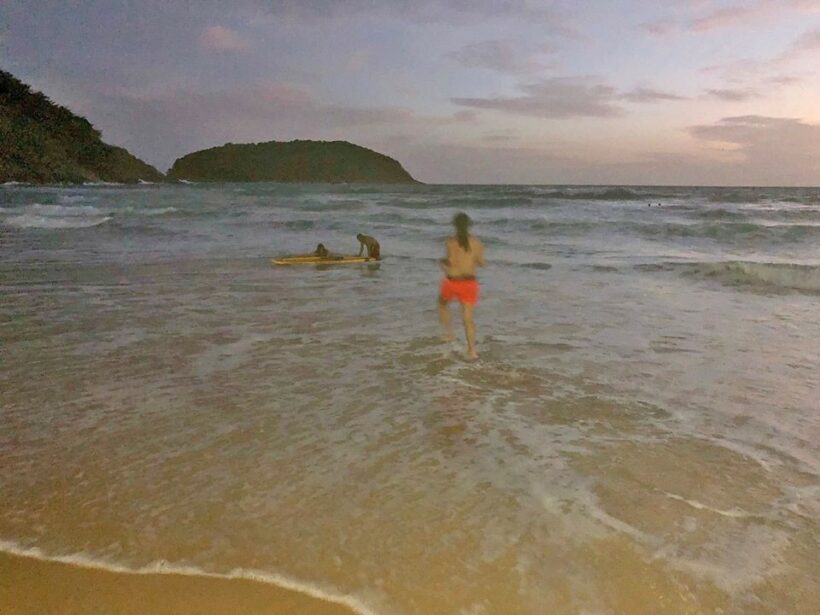 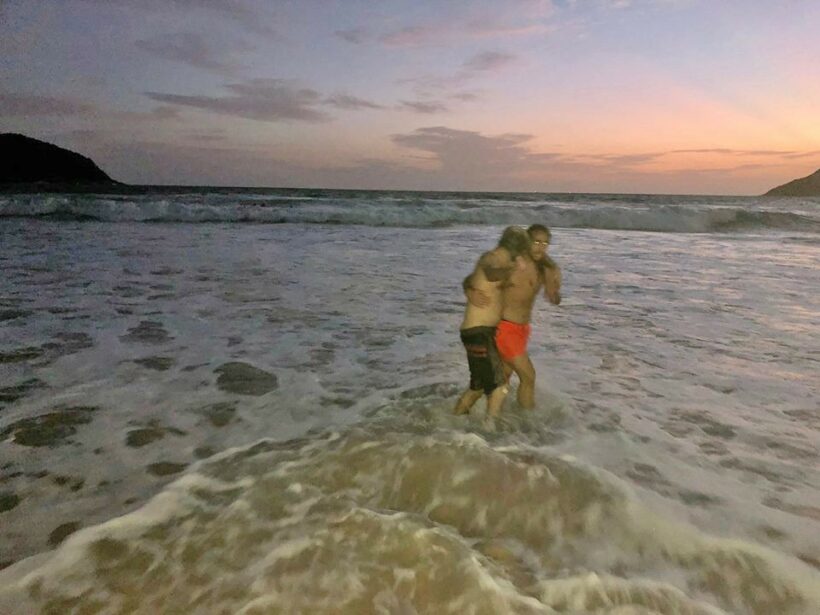 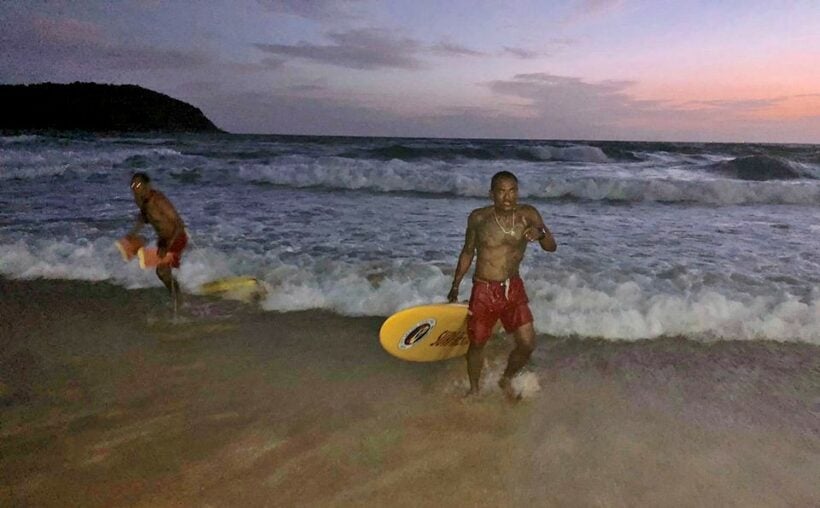