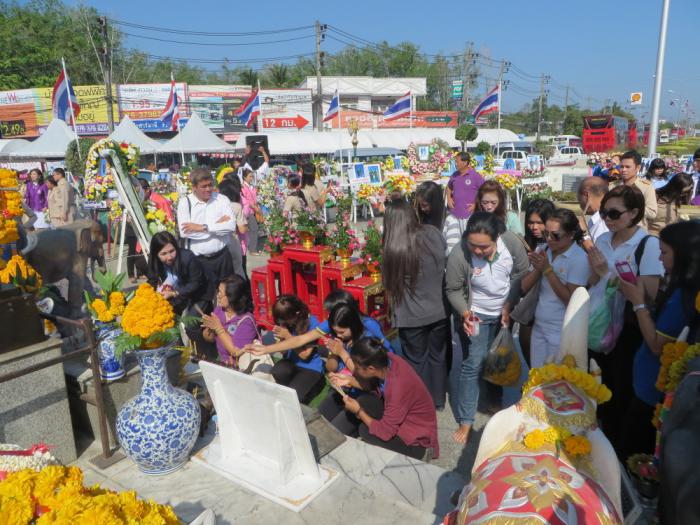 Phuket Governor Maitri Inthusut this morning led a wreath-laying ceremony at the Heroines’ Monument (map here) to honor heroines Thao Thepkrasattri and Thao Srisoonthorn, and those who gave their lives in defence of the island.

The large-scale re-enactment of the battle, played out each night of the annual festival, will begin at 8:30pm.

“As always, the re-enactment will include impressive light and sound displays provided by the Phuket Provincial Administration Organization,” Governor Maiti said.

Stalls at the festival grounds will open at 5pm each day, offering amusement rides for children and local food, as well as a huge assortment of local produce and One Tambon One Product (OTOP) goods for sale.

Live entertainment scheduled for the festival is as follows:

Local Phuket student could be ‘The Star’