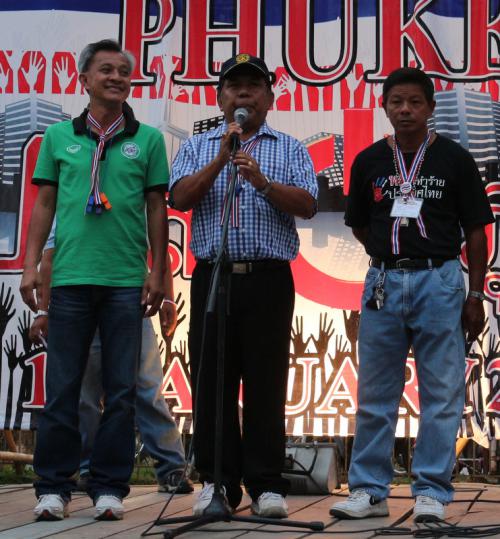 The protesters vowed to provide their full support should the officials face criticism later.

“I am here not in my official capacity, but as a normal Phuket resident,” V/Gov Sommai told the Phuket Gazette.

“If the people of Thailand allow the election to take place on February 2, everything will remain the same and we will still have a corrupt political system. We think re-organizing the political system first and then having elections is best for Thailand.”

“Please do not be shy to take a stand with Phuket residents against this government. If you don’t, you should be prepared to move out of Phuket when we win,” protest co-ordinator Amnuay Kumban said from the stage.

Mr Amnuay thanked the officials who were present and said, “We will not allow the Prime Minister’s team to interrupt the work of these officers.”

Too fast to be furious: Phuket speed cameras can’t keep up