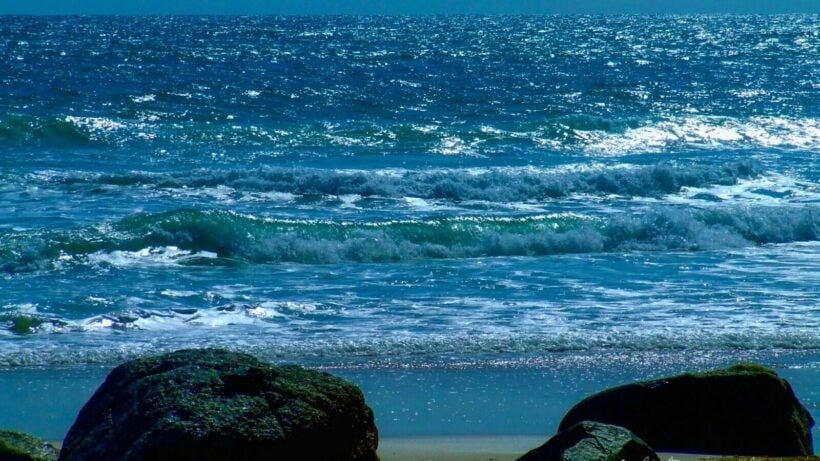 Over the weekend, a man in Phuket was killed after he was caught in heavy-duty industrial machinery that primarily cleans fishing nets.

The accident happened at the Aquaculture Research and Development Center in the Pa Khlok subdistrict. Thitiwat Asasing, from the Thalang Police Station, was alerted to the accident around 3 pm. Thitwat rushed to the scene, followed by rescue workers and other emergency personnel.

At the scene, the assembled officials saw 36 year old Pongtap Wangsawiboon’s body stuck in the machine head-first. The officials say it was immediately obvious that Pongtap was dead. The 36 year old formerly worked as an officer at the Department of Fisheries.

Pongtaps body was then cut free by the staff from the Kuso Dhamma Phuket Foundation. It took them 30 minutes. Then, his body was brought to a hospital for further examination.

36 year old Somboon Kanungkarn, who worked with Pongtap, says he didn’t see what happened per se but was operating the machinery with Pongtap when the accident occurred. Somboon says they had gathered fishing nets from cages at the neighbouring pier and were preparing the heavy-duty cleaning machinery. He speculates that Pongtap slipped and fell into the machinery which then yanked him in.

When Somboon realised Pongtap’s predicament, he hit the emergency stop button for the machinery. He then asked coworkers for help and together they tried to extract Pongtap’s body. However, despite their efforts, Pongtap remained stuck.

Sombon adds that both he and Pongtap had worked at the department for over a decade and never had any issues before his coworker met his demise in the machinery. Somboon says he is shocked by the incident and will be more careful in the future.

It was not reported if the employees got the rest of the day off after seeing a coworker’s body removed from the machinery that they would soon have to work near/with.

Poolie
1 hour ago, MrStretch said: It's the "Phuket Curse". How many non-Covid victims have died unusual deaths in recent weeks?  Two.

Scott
Yikes!  What a horrific and tragic workplace accident.  Thoughts and prayers to the family and friends of the victim.  Moving forward, there needs to be a thorough investigation and safety measures/protocols need to be enhanced.  The goal must be to…

AdvocatusDiaboli
12 hours ago, MrStretch said: How many non-Covid victims have died unusual deaths in recent weeks?  of course the below would never happen. The covid test results will come back Monday? If positive how would his death be reported?

Shark
13 hours ago, Scott said: Moving forward Here you do a western assumption that the country takes lessons learned. Living here longer then a blue Monday I can assure you that's not the case.
Changnam43
A chipper/shredder would be a really useful too for our farm.  It's a tool where you feed branches into it and it fires wood chips out the end. The reason why we do not have one is because I know…