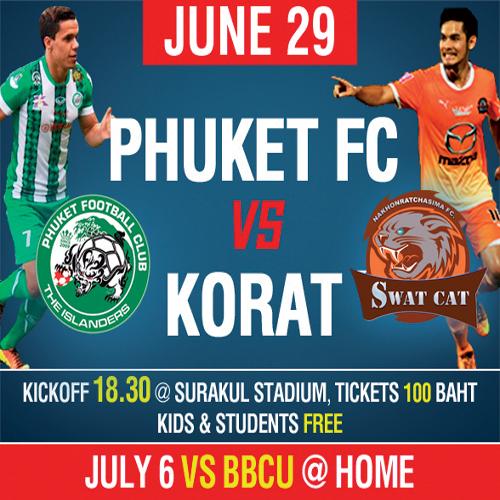 The match will be the 17th and final fixture of the Yamaha League One (YL1) 2013 season’s first half.

“We’ve been working hard and all want to win to advance towards our goal of promotion [to the TPL by finishing as one of the YL1 top three teams].”

Asked about his strategy for the match, Coach Tu said: “As it’s a home game, I want to play attacking, but not too much. We will conserve ourselves and wait for the right tempo.”

The Coach added that he hopes lots of fans will come out and cheer for the team, and help put pressure on Phuket’s opponents using loud and energetic songs and cheers.

To be played at Surakul Stadium (click here for map), kickoff will be at 6.30pm.

Lions beat Wallabies by a whisker

Thai athletes prepare for battle at the AIMAG