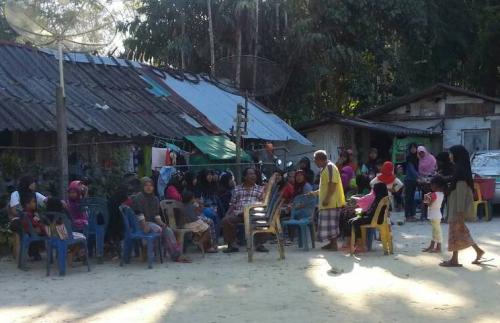 PHUKET: A 9-year-old boy died after being pulled unconscious from the sea in northern Phuket yesterday.

Noppadol Kerdsin had been flying a kite on Bang Duk beach at Tah Maphrao Bay (map here) with friends when the line snapped and his kite fell into the sea.

Noppadol, who could swim, went into the water to retrieve it, but was repeatedly hit by waves from a passing boat, witnesses told police.

“When his friends saw he was in trouble they shouted for help from nearby fishermen, who took about 10 minutes to rescue the boy,” said Lt Suporn Muangkhai of the Thalang Police.

Rescue workers rushed him to Thalang Hospital, but doctors were unable to save him.

Thalang Police were notified of his death at about 2:45pm and rescue workers returned Noppadol’s body to his village for funeral services.